On Friday, December 11, 2020, Alfred Bourgeois was executed by the federal government. He was pronounced dead at 8:21 pm local time, inside the execution chamber at the Federal Correctional Complex in Terre Haute, Indiana. He was 56 years of age and sentenced to death for sexually molesting and murdering his 2-and-a-half-year-old daughter JG, at the Corpus Christi Naval Air Station in Texas on July 28, 2002. Alfred spent the last 17 years of his life on death row in a federal prison.

On Friday, December 11, 2020, Alfred Bourgeois was executed by the federal government. He was pronounced dead at 8:21 pm local time, inside the execution chamber at the Federal Correctional Complex in Terre Haute, Indiana. He was 56 years of age and sentenced to death for sexually molesting and murdering his 2-and-a-half-year-old daughter JG, at the Corpus Christi Naval Air Station in Texas on July 28, 2002. Alfred spent the last 17 years of his life on death row in a federal prison.

JG was born in October 1999, to Katrina Harrison, who retained custody of the child in Livingston, Texas. In April 2002, Katrina had JG’s paternity determined. Alfred Bourgeois was determined to be the father and Katrina sued for child support. At the time Bourgeois was living in LaPlace, Louisiana, with his wife Robin, and their two children.

For a few weeks, JG lived with her father in LaPlace, until Bourgeois began his long-haul trucking route at the end of May. The entire family stayed in the truck together. Witnesses testified that Bourgeois would often beat JG when she had accidents during her potty training. JG was observed to have black eyes, bruises, bites on her hands, feet, and forehead, burns on the bottom of her feet. When other family members tried to clean JG’s injuries, Bourgeois would stop them, jam his dirty fingers into the wounds, and then force JG to walk around on her injured feet.

Additionally, JG had a fear of water, however, when Bourgeois believed it was time for her to learn how to swim, he threw her into the pool, letting her sink, before pulling her out and repeating the “lesson.” When the family visited the ocean, JG was forced into the water and held under. When they finally left, JG’s stomach was swollen and she had difficulty walking from all the salt water she had swallowed.

Evidence of sexual abuse also present while JG was staying with Bourgeois. Bourgeois would sleep in a locked room with JG and one of his daughters. His wife and the other child would sleep in a separate room. A family friend noticed blood in JG’s diaper and encouraged the family to take her for an evaluation. The doctor who performed the examination was unable to determine the cause of injury. Later, after JG’s death, the same doctor again examined her and found it was likely caused by sexually molestation.

Bourgeois would attempt to hide JG’s injuries or explain them, saying she was in a car accident. Bourgeois also talked frequently of killing JG, telling his family of plans he had concocted. When questioned, Bourgeois could provide additional details for the plans.

On July 26, 2002, the family arrived at Corpus Christi Naval Air Station to deliver a shipment. At some point after arriving, JG tipped over her training potty, causing Bourgeois to beat her. Warehouse workers near the trailer felt the shaking coming from the cab of the truck.

When Robin woke up shortly after the beating, she discovered that JG was limp, with her eyes closed and heart racing. Robin tried to get Bourgeois to take JG to a hospital immediately, however, Bourgeois was resistant. Bourgeois eventually left the cab with JG. When Robin exited the cab of the truck, she found JG lying on the floor. Robin attempted CPR, while other called for an ambulance.

Robin and Bourgeois told FBI agents and Child Protective Services workers that JG had fallen out of the truck. JG was taken to the hospital and kept on life support until her mother arrived. JG died in her mothers arms on July 28, 2002. The official cause of death was an impact to the head, resulting in brain injury, however the autopsy also concluded that JG had been chronically abused and battered, with deep tissue bruising over every area of her body.

Bourgeois was convicted of premeditated murder and sentenced to death in 2003. 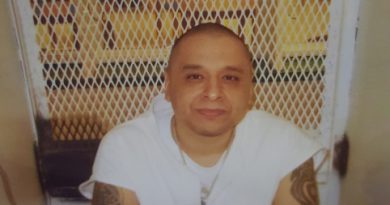 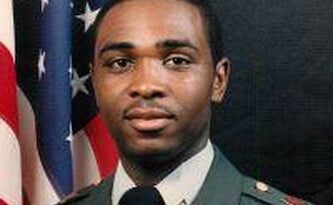