Matthew 11-13: John the Baptist sought, through his disciples, clarification on who Jesus was. John the Baptist and Jesus stirred up the hierarchy of the Jewish religious leadership, by John the Baptist’s preaching the Messiah is coming and Jesus preaching that He, in fact, was the long awaited Messiah. It seems that the only issue considered, by their opponents, was what it would cost in status and position. Jesus is a healer and, more importantly to the Jewish establishment, He is Lord of the Sabbath. Jewish leadership found fault, in the form of breaking a Sabbath law, with everything Jesus and His disciples did on the Sabbath. They measured Jesus using a standard that assumed accepting Him as Lord and Savior meant loss to them. It is a finite measuring system. An infinite measuring system would measure a relationship with Jesus by what would be gained: eternal life and joy with the Creator of all. Jesus begins teaching in parables, stories that lends themselves to a greater meaning than obvious facts of the story depict. The parables told in chapter 13 depict two principle themes: one is the way a person lives his life ultimately determines that persons eternal destination. The second is about separation of sinners from the righteous when Jesus returns to reign over His eternal Kingdom. (Matthew 11:1-13:58)

Read chapters 11 through 13 and consider the following: Jesus was not the expected Messiah by many. Why? Consider your idea of Jesus, does it align with the Jesus in the Bible? What prophesies did Jesus fulfill? Why is it important to recognize the prophesies fulfilled? 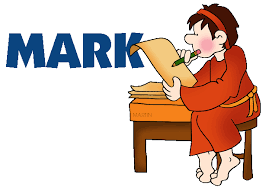