We begin our journey today with the Apostle Paul in a dispute with certain elements in the church at Corinth over whether Paul was in fact an Apostle; or, if he was merely a disciple. This conversation redirected itself to whether Paul was entitled to compensation for his ministry. Our journey concludes with a look at the risk of compromise.

Corinth was a major port city, with many temples to false gods. It was also a rather wealthy city, and known for its immorality. In Acts 18, we read about Paul helping to form the church in Corinth. He remained with them about 18 months before moving on to continue his missionary work elsewhere. While in Ephesus, Paul received reports that there were problems, big problems in the church at Corinth. This letter follows a distinct pattern, in that Paul addresses and describes one of five problems, and responds with a message from the Gospel. The problems Paul addresses are Divisions (1-4), Sex (5-7), Food (8-10), The Gathering(11-14), and The Resurrection(15).

1 Corinthians 9-10: As you may recall, from our previous study of the church at Corinth, a power struggle was taking place within the church. The only logical reason to challenge Paul’s apostleship was to diminish his authority in the eyes of those who supported his ministry. Paul defended his apostleship by declaring that he has seen Christ. He then contended that although he had a right to be compensated for his ministry; he chose to exercise his freedom to forgo compensation to not burden those to whom he ministered. Paul chose to use his freedom in Christ to serve others issues a call to Christians to exercise self discipline. Paul then moves on to the issue of compromise. Paul pointed out that the people become complacent with the passage of time. Like people today, the members of the church at Corinth, viewed dabbling in sinful practices acceptable behavior for them. Paul made it perfectly clear that it was (is) not possible to mix sin with righteousness and arrive at a blend that is acceptable to the Lord. (1 Corinthians 9:1-10:33)

After reading chapters 9 and 10, consider the following: What problem is Paul addressing? In your own words, summarize what Paul is saying to address this problem. Is Paul’s message still applicable today? How and why? 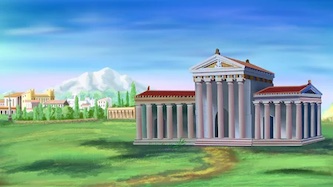