Proud – having, proceeding from, or showing a high opinion of one’s own dignity, importance, or superiority

Imagine, if you will, a city.  Not just any city though!  This city is a port city, facilitating trade between Greece, Rome, and Asia, back when shipping was the fastest method of transportation.  This city was so important, that it had two major ports to handle all the traffic!  Dotting the hillsides surrounding the city were beautiful, massive temples dedicated to numerous gods and goddesses worshipped by not only the people in the city, but also by those who arrived by ship.  Surrounding those temples, leading all the way into the city were marketplaces and shop stalls dedicated to selling food, drink, and offerings that could be taken to the temples for offering.  It was a city that contained great wealth and had an infamous reputation.  That reputation was one of immorality.  And the city?  The city was Corinth. 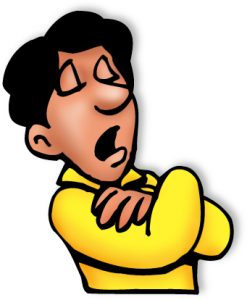 Have you ever heard the phrase “pride goeth before the fall?”    Would you be surprised to learn that the source of the quote is the Bible?  Although not a direction quotation, the  quote is based on Proverbs 16:18, which says: “Pride goes before destruction, a haughty spirit before a fall.” (NIV)  Being proud, having pride, is having a haughty spirit.  It is believing that you do not need the Lord, nor His direction in you life.  It is belief in yourself and your abilities, excluding the One who gave them to you.  Think of time in your life when you relied upon yourself instead of the Lord.  We have all done it.  What was the result?

Pride is a sin.  It is not a characteristic of love.  This non-descriptor of love was especially important for the Apostle Paul to point out to the Corinthians.  Similar to today, the church at Corinth had to be careful not to become corrupted with the immoral teachings and activities that permeated nearly every aspect of daily life.  The immorality was unescapable!  But in their attempts to rebuff the city’s immorality, the Corinthians also had to be careful not to fall victim to the sin of pride, to hold themselves above the non-Christians in city and to look down upon non-believers.  The church at Corinth had to remain focused on the Lord, and not rely upon themselves.

24 In those days Hezekiah became ill and was at the point of death. He prayed to the Lord, who answered him and gave him a miraculous sign. 25 But Hezekiah’s heart was proud and he did not respond to the kindness shown him; therefore the Lord’s wrath was on him and on Judah and Jerusalem. 26 Then Hezekiah repented of the pride of his heart, as did the people of Jerusalem; therefore the Lord’s wrath did not come on them during the days of Hezekiah…31 But when envoys were sent by the rulers of Babylon to ask him about the miraculous sign that had occurred in the land, God left him to test him and to know everything that was in his heart. (2 Chronicles 32:24-26, 31, NIV)

13 Hezekiah received the envoys and showed them all that was in his storehouses—the silver, the gold, the spices and the fine olive oil—his armory and everything found among his treasures. There was nothing in his palace or in all his kingdom that Hezekiah did not show them. (2 Kings 20:13, NIV)

King Hezekiah was a good king (2 Kings 18:3; 2 Chronicles 29:2; 30:20-21).  He sought the Lord and made significant changes to the Temple in attempts to restore true worship to the Lord (2 Kings 18:4; 2 Chronicles 29-31).  Yet his story is one that shows what happens if you take your eyes off the Lord for even a short period of time.  In his pride, King Hezekiah showed the envoys of Babylon all the earthly wealth of Jerusalem, never acknowledging the One who had provided for that wealth.

Jesus Christ showed what a life without pride looks like.  Jesus Christ, the Son of God, is the only person to have ever lived a life completely without pride.  Jesus humbled Himself, coming as a servant to serve His creation, which He demonstrated time and again, perhaps most distinguishably by dying on the cross for our sins (Philippians 2:6-8).

39 He went on a little farther and bowed with his face to the ground, praying, “My Father! If it is possible, let this cup of suffering be taken away from me. Yet I want your will to be done, not mine.”  (Matthew 26:39, NIV) 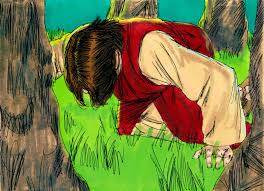 Jesus was human.  He did not want to die.  He did not want to experience the pain of separation from His Father that He knew was to come.  Jesus wanted there to be another way.  In His prayers to His Father prior to His arrest, Jesus went to His Father without pride.  He lay forth everything that was on His heart – His deepest desire – and prayed for another way.  Jesus then, again without pride, accepted His Father’s plan.  Jesus did not allow pride to prevent Him from doing what needed to be done.  Jesus Christ, the man, did not rely upon Himself and His ways, instead He turned and trusted in His Heavenly Father.