All stories have a beginning.  All lessons have a starting point.  What better place to begin our study on the Power of Words, than in the beginning:

And God said, “Let the waters under the heavens be gathered together into one place, and let the dry land appear.” And it was so.   (Genesis 1:9, ESV)

God said and it was!  Stop and think about that!  God spoke, and what He spoke, what He ordered, immediately happened!  There were no battles for power, no negotiations for peace, no committee to consider all options – nothing! – except God speaking.  Then it was done.

Consider the process of building something today.  Depending on what it is, you may have to get permits from various agencies and the government.  You have to plan out the project in exhausting detail – every last piece!  You have to find backers.  You have to buy the supplies, hire builders and planners, rent equipment, meet safety standards, track progress, pay employees, factor in breaks and holidays, alter plans according to delays and problems as they arise, and it goes on and on and on!  Even small, backyard projects can be exhausting and time consuming – and that’s before construction starts! 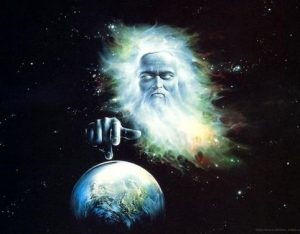 Even after creation, God continued to speak.  He spoke to Adam and Eve, warning them what would happen if they disobeyed (Genesis 2:16-17).  He spoke to Cain and Able, telling them of the proper sacrifice to make (Genesis 4:6-7).  He spoke to Noah of what was to come (Genesis 7-9) and offered numerous warning to Abraham.  God spoke to hundreds of people through the Bible, giving warnings, issuing laws, and answering questions.  Today, He continues to speak to His children, often through the Bible.  Nothing God has said has been proven false!  Some prophesies have just not yet come to pass.  All of the prophecies and warning that have come to pass have happened exactly as God said they would!  And God said… And it was so.

Words have power!  Words have the power to create!