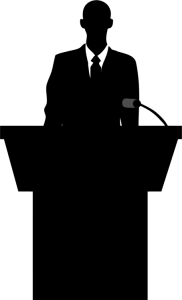 As he got up to speak before the congregation, he felt like his knees would give out on him.  His hands trembled, shaking the pages on which he had written what he wanted to say.  He laid them on the podium, and smoothed them down with the back of his hand – his palms were sweaty.  Speaking today was his choice; he wasn’t forced into it.  It was something he felt he needed to do.

As he began to speak, his voice trembled.  It was hard being this honest and open, especially in front of those whose love and respect he wanted.  He had not lived a good life.  He was raised in a violent household and, knowing no better, was a violent teenager and young adult.  It was not until he was sent to prison that he discovered the healing power of a relationship with Jesus.  He will never forget the moment he gave his life to Christ – the relief that he was not fighting his battles alone, the peace that came from acknowledging his past mistakes, and the hope for the future.  Once released, he was determined to maintain these changes in his life, and continue the healing he had begun when he accepted Christ as his Savior.

And, for a while, the changes remained.  He attended church, even met a Christian woman and got married.  But life became difficult again, and he spiraled downward into some of his former habits, particularly drinking, which often led to lies and violence.  He knew what he was doing was wrong and he did not like the person he was again becoming.  He missed the healing that had been granted to him.  Then a friend came to him, confronted him about his behavior.  He was angry.  He yelled.  He smashed a bottle.  He nearly hit his friend, only realizing what he was doing at the last second.  He broke down in tears, once again coming before the Lord, seeking His forgiveness and His healing.

Therefore, confess your sins to one another and pray for one another, that you may be healed. The prayer of a righteous person has great power as it is working.  (James 5:16, ESV)

But this time, he realized it was not only the Lord’s forgiveness he needed to seek.  He needed to also seek forgiveness from those he harmed.  With each person he talked to, confessing and asking forgiveness, another part of him would begin to heal.  He began rebuilding relationships and his life.  His sister was the one person that refused to forgive him.  He had emotionally and verbally abused her for years and she wanted nothing to do with him.  It hurt that she would not forgive him, but after much prayer, he realized that it was not the receiving of forgiveness which granted him healing and peace, but the honest and earnest confession of sins and the desire to right his wrongs that brought him peace.

She held a grudge for his past actions.  As much as she claimed he was out of her life and his actions no longer affected her, she also knew she was lying.  It had hardened her heart.  When he called to ask forgiveness, she thought he was joking.  And when she realized he wasn’t, she couldn’t believe his gall!  After all he had put her through, a simple “I’m sorry,” was supposed to make things right?  To her surprise, her anger did not make him angry.  He did not press for her forgiveness, but let her be angry, expressing hope that one day things would be different, but promising not to bother her again. 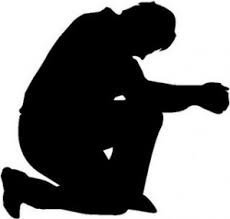 Then one day, she saw him from a distance.  She saw the way he interacted with others, with children.  They loved him.  She saw the changes that she did not see earlier.  Before she knew what she was doing, she approached him.  “I forgive you,” she whispered.  With those three words, she felt something cold and heavy leave her, and be replaced with a warmth.  It was a step forward for her healing, which she didn’t even know she needed.

“If you confess with your mouth that Jesus is Lord and believe in your heart that God raised Him from the dead, you will be saved.” (Romans 10:9, ESV)

Healing begins with recognition of Jesus Christ as our Lord and Savior.  Only through Him can peace and healing through forgiveness occur.