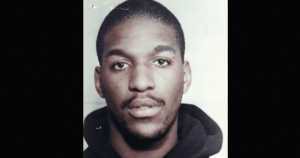 Cory Johnson was executed by the federal government on Thursday, January 14, 2021. Cory was 52 years of age. He was pronounced dead at 11:34 pm, inside the execution chamber at the Federal Correction Complex in Terre Haute, Indiana. Fifty-two-year-old Cory is convicted of murdering Peyton Johnson, Louis Johnson, Bobby Long, Dorothy Armstrong, Anthony Carter, Linwood Chiles, and Curtis Thorne in January and February of 1992, in Richmond, Virginia. Cory spent the last 27 years of his life on federal death row.

Cory is known by the Bureau of Prisons and in many court documents as “Cory,” and known to his attorneys and others as “Corey.” Cory had a difficult childhood growing up. He moved frequently, attending at least 10 different schools as a child. He was also allegedly physically and emotionally abused, and suffered from extreme neglect. His mother was addicted to drugs and abandoned him at the age of 13. He was then placed in a residential home. At the age of 18, he left a similar residential facility and did not have proper life skills and had little to no support.

In 1989, Cory Johnson, James Roane, Jr., and Richard Tipton, were the principle partners in a substantial drug-trafficking ring, which would operate through July of 1992. Their operation began in Trenton, New Jersey by Tipton and Johnson, both of whom were from New York City. In August 1990, the operation expanded to Richmond, Virginia, where Roane joined. The Trenton-based operation ended on June 4, 1992, when police confiscated a large quantity of crack coin and firearms.

In Richmond, Johnson, Roane, and Tipton obtained large quantities of powdered cocaine from suppliers in New York City. They then made crack cocaine, packaged it, and gave it to street level dealers to sell, taking two-thirds of the money made from the sales.

On January 4, 1992, Douglas Talley, an underling suspected of mishandling a drug transaction, was taken to the south side of Richmond, and killed by Tipton and Roane. Douglas received 84 stab sounds to his head neck and upper body.

On January 13, 1992, Douglas Moody, a suspected rival in the area, was shot by Tipton. Douglas managed to escape and was pursed by Tipton and Roane. Roane caught up with Douglas and stabbed him 18 times, killing him.

On January 14, 1992, Peyton Johnson was shot and killed by Johnson in a tavern.  Peyton was a rival drug dealer.

On January 29, 1992, Louis Johnson, a body guard for a rival drug dealer, was shot and killed by Roane, Johnson, and a third man, Lance Thomas in an alley.

On February 1, 1992, Johnson, Thomas and Roane shot and killed Torrick Brown, with whom Roane had been having trouble. The trio also shot and critically wounded Torrick’s half-sister Martha McCoy, who was also at the apartment. Later that day, Johnson shot to death Dorothy Armstrong, Anthony Carter, and Dorothy’s brother, Bobby Long. Dorothy had failed to pay back for a drug supply, while Anthony and Bobby are not thought to have been involved in the drug ring.

On February 19, 1992, Linwood Chiles, who was suspected of cooperating with the police, was shot and killed by Johnson. Curtis Thorne was also shot and killed. Two others, Priscilla and Gwen Greene, were critically injured.

Johnson, Roane, and Tipton, all were indicted in April 1992. Their trial was one of the largest, if not the largest, federal death penalty case since the Lincoln assassination trial. All three were sentenced to death on February 16, 1993. It took the jury 22 hours to arrive at their decision. In addition to the murder charges, they were also charges of racketeering, drug possession, and trafficking drugs, among others. Roane, Tipton, and Johnson were all given execution dates in May 2006, however all were stayed due to challenges to the lethal injection process. In addition to their death sentences, all three were also given life sentences for other crimes.

Please pray for peace for the families of Douglas Talley, Douglas Moody, Peyton Johnson, Louis Johnson, Torrick Brown, Dorothy Armstrong, Anthony Carter, Bobby Long, Linwood Chiles, and Curtis Thorne. Please pray for peace and healing for all who have been injured by the actions of Cory Johnson. 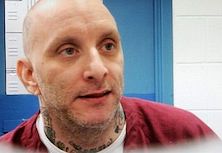 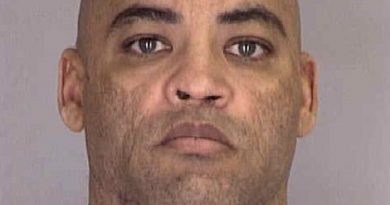 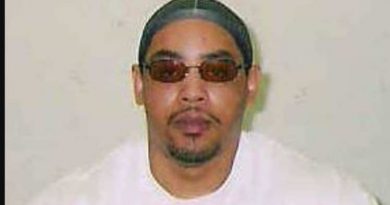