Quintin Phillippe Jones was executed by the state of Texas on Wednesday, May 19, 2021. Quintin was 41 years of age. He was pronounced dead at 6:40 pm local time, inside the Walls Unit execution chamber at the Huntsville State Penitentiary in Huntsville, Texas. Quintin was convicted of murdering his 83-year-old aunt, Berthena Bryant, on September 11, 1999. Quintin spent the last 20 years of his life on Texas’ death row.

Quintin had a dysfunctional and abusive childhood, leading to him becoming addicted to drugs and alcohol. Quintin dropped out of school after the ninth grade. He had a previous criminal history and was a member of a gang. Quintin had also been diagnosed with psychopathic personality disorder. Prior to his arrest, he worked as a laborer.

On September 11, 1999, Berthena Bryant was beaten to death in her home with a baseball bat. After discovering the body, police spoke to neighbors, which led them to want to question Berthena’s nephew, Quintin Jones, and Jones’ friend, Ricky Roosa. Jones was caught attempting to flee from his girlfriend’s house. He was arrested on outstanding traffic warrants.

While in custody, Jones waived his Miranda rights and confessed that his alternate personality committed the murder. Nine days later, Jones confessed that he and Roosa murdered two men during a drug deal, six months prior. Both confessions contained details of the crimes. Additionally, police obtained a recording of a jailhouse call, in which Jones apologized to his sister for committing Berthena’s murder. DNA evidence also connected him to the crime. 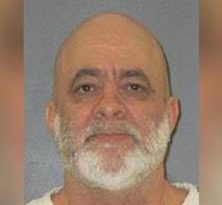