“But I am free!” The student exclaimed with enthusiasm.  “We have more freedoms today than we can possible realize or take advantage of!  I mean, have you read the first five books of this thing?” He asked, gesturing to the heavy Bible laying on the desk in front him.  “And the first four books of the new part aren’t much better.  I mean have you seen the numerous laws and requirements Christians are ordered to follow.  Freedom through Christ?  That isn’t freedom!”  “Then what is freedom?” The professor asked.  The bell rang, startling many students who were unprepared for the end of class.  “Homework assignment!” The professor yelled, while students began gathering their things.  “Two-page paper with an answer to my question – What is freedom?  What is freedom according to you, and what is freedom according the Bible?  Remember, I want specific verses, used in correct context!  And if you all come prepared to discuss, I won’t grade for content, only completion.”

2 because through Christ Jesus the law of the Spirit who gives life has set you free from the law of sin and death.  (Romans 8:2, NIV)

The student proclaimed that he was free!  Many throughout the ages have proclaimed that they are free!  From what, changes depending on the person, as everyone has a different definition of freedom.  Even the definition of freedom given by the Merriam-Webster online dictionary is incredibly vague: “the quality or state of being free.”  The student was talking about the freedoms granted to us by the government, essentially, the freedom to do as we want, yet the government has set numerous restrictions to these freedoms.

Many people think like the student, that freedom is the ability to do whatever we want, whenever we want.  But is that really freedom?  The Bible says no.  The only true freedom come through Christ Jesus, the Lord. 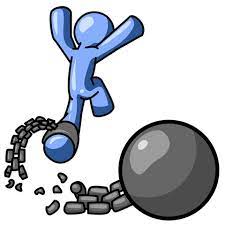 Freedom, as imagined by the student and many others, is slavery.  Slavery to sin and death, slavery to one’s self, slavery to desire.  Pulitzer Prize winning journalist and author, Lee Stroble, lived that exact life of “freedom.”  He lived his life to, in his own words, “Just pursue pleasure, … that was my number one goal in life, to bring maximum pleasure into my life.  And so I lived a very immoral, drunken, and profane, and narcissistic, really self-destructive kind of life.”  Lee, then a self-proclaimed atheist, never quite managed to find peace and happiness.  He was always on the search for something more, something better, and, as a result, always felt let down.

When we were created by the Lord, we were given free will – the ability to chose what we would do with our lives – and if we would accept freedom, as given to us by Christ Jesus.

On the sixth day, man was created in God’s image.  We were created to look after and care for His animals and His land.  We were created to worship Him.  But mankind fell away from God, through Adam and Eve’s disobedience.  We continued to fall into complete moral decay until only Moses and his family remained.  And God promised to never destroy the earth again, no matter how far His creation fell.

But mankind turned away again – even God’s chosen people.  They failed to follow and maintain His laws.  So God sent His Son – His beloved, perfect Son – to this harsh earth.  He came to be held accountable for all the sins of the world: past, present, and future.  It is because of His perfect sacrifice that we can be free today. 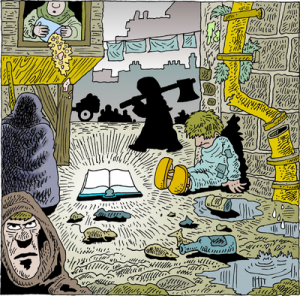 Freedom, as discovered, by Lee and countless others, only came when they recognized the truth of life.  The truth of the Lord.  Christ Jesus died for our sins.  Christ Jesus defeated death – He lives!  Christ Jesus paid the ultimate price for our sins, so that we could, once again, come before His Father, Lord God.  Through His death and resurrection we are free – free from sin to be the best that we can be!

When Pauls speaks of slavery to God and righteousness, he is not speaking of slavery as we think of it today.  Salves are forced to do the will of their masters.  We have been given free will, the ability to reject the truth, the law of the Spirit, and continue pursuing our sinful pleasures.  But when we reject of the law of sin and death, and embrace the freedom and truth of the Lord, we become dedicated, freely choosing to become dedicated to living in a manner pleasing to the Lord.  As hard as a master may force a slave to work, we freely choose to wok just as hard, if not harder, for the Lord; slaves to God and righteousness.

Furthermore, freedoms through Christ Jesus is not the definition of freedom most assume.  It is not the perceived freedom of a sinful world, it is not the ability to do what we want, when we want.  The student, like many other non-Christians, apply that definition of freedom when reading the Bible, which is why it often appears to be nothing but a book of “rules and regulations.”  Instead, freedom through Christ Jesus is the freeing from the world of sin, freeing us to be the best possible person of ourselves and, ultimately, freeing us to have a relationship with the Lord God, whom we are separated from because of sin.  Additionally, freedom through the truth is eternal.  It does not end with death, like all earthly pleasures.

Life is short, yet it is also eternal.  Life on this earth is short, spanning approximately 100 years.  Life is eternal before the Lord.  By acknowledging the truth of the Lord, we recognize that freedom is granted eternally, freedom from eternal suffering, freedom in spending eternity with the Lord.