The class was silent, still reeling from the news of the weekend – an attack that led to dozens of deaths.  Instead of continuing with the lesson as planned, the professor had asked the class what they wanted to talk about.  Finally, one student burst forth.  “This is why I can’t get behind a god, any god!  Your God is supposed to be all knowing, loving, kind, caring.  Then why does stuff like this happen?  He is supposedly all powerful.  Why doesn’t He stop it?  Why doesn’t He…”  “Make the world a better place?  A perfect place?”  The professor finished the student’s sentence.  “He did.  He made a perfect place, but humanity rejected it.”  “I didn’t reject it!” Another student interrupted.  The professor held up his hands, asking the class to calm down.  The professor knew he had to handle this situation carefully, and briefly closed his eyes, asking for wisdom in guiding the class. 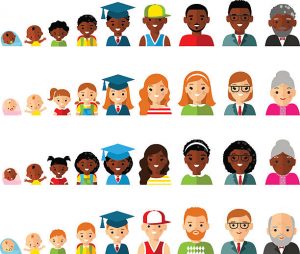 The responses of the students, both students, are ones heard frequently uttered by non-believers.  But the answer is a harsh truth, that most don’t want to listen to, and even fewer are willing and able to understand.  Even as Christians, understanding these complex topics is difficult.  We have spent the last few months understanding the importance of working and growing our relationship with the Lord.  It is only through applying those lessons, that these tricky and confusing topics can begin to be addressed, and understood.

Life, all life is important to the Lord.  It shouldn’t be surprising; all life came from Him!  “then the Lord God formed the man of dust from the ground and breathed into his nostrils the breath of life, and the man became a living creature [an individual complete in body and spirit].  (Genesis 2:7, AMP)  God created the first man, Adam.  God raised him from the dust of the ground, and gave man His very breath, creating an individual with a body and spirit.  Even today, our very life comes from the Lord.

For you formed my inward parts;
you knitted me together in my mother’s womb.  (Psalm 139:13, ESV)

“Before I formed you in the womb I knew you,
and before you were born I consecrated you;
I appointed you a prophet to the nations.”  (Jeremiah 1:5, ESV)

The Lord knows us.  He knows how many hairs are upon our head, our favorite color, our secret desires.  He always knew!  And He marked us out as His.  He formed us for His use, if we are willing to accept.  He knew us before we were a twinkle in our parents’ eyes, a thought in their minds.  When God gave Adam the “breath of life,” He gave all of us the “breath of life.”

Think of something you recently made – a wonderful meal, a beautiful painting, a stunning quilt, anything! – and think about how you felt after completing it.  Were you happy?  Proud?  Fulfilled?  Now imagine that feeling magnified.  The Lord made us!  Each and everyone of us!  Have we respected that?

Adam was created perfectly, without flaw.  When Adam sinned, he became imperfect, he became flawed.  Since we all come from Adam, 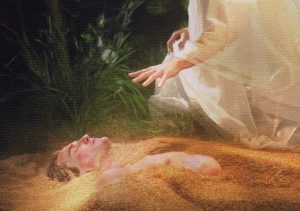 we are all flawed.  Perfection cannot come from a flawed, imperfect person.  We no longer live in the perfect, peaceful world to which we were first created.  We are all born into a world of sin.  Accepting Jesus as your Lord and Savior is the only way to be delivered of sin.

Violence against other humans, a sure sign of sin, has dominated the news media over the past several years.  Whether it be abortion, gang shootings, mass shootings, terrorist bombings, human trafficking, or something else, all are actions violating human life.  As Christians, God has shown us that all life has value – all life!  Many do not recognizes that all life has value, all life is important, all life is God-breathed.  And today, there are Christians who also fail to recognize that all life – from the newly conceived child, to the person with the opposing viewpoint, to the disabled elderly –  has value, all life is important, and, above all, all life is God-breathed!

In recent years, people, individuals, who do not believe all life has value, all life is important, all life is God-breathed, have attempted to erase the value of life.  A life that cannot be sustained by itself is worth less than the person who needs to give it nourishment.  Life has been devalued, and its unnatural end celebrated.  People of all ages, both Christian and non-Christian, are being taught by the news media, celebrities, television shows, and movies, that the life of others does not matter, especially if they are not like you.  If we do not value all individual life, we value no life.  Is it any wonder then, that people are willing to end another’s life, for what value does it hold for them?

This lack of respect towards life is shown in how we treat others.  Respecting life is also respecting other people – respecting their opposing opinion, respecting their opposing ideas.  Since the last election, there has been a rise in the complete inability to disagree and discuss virtually any issue with any degree of rationality and open mindedness from any point along the political spectrum.  Our political leaders, would rather hurl insults at each other, and their opposing constituents, then talk and work together to address issues that need fixed.

“A man was going down from Jerusalem to Jericho, and he fell among robbers, who stripped him and beat him and departed, leaving him half dead. Now by chance a priest was going down that road, and when he saw him he passed by on the other side. So likewise a Levite, when he came to the place and saw him, passed by on the other side. But a Samaritan, as he journeyed, came to where he was, and when he saw him, he had compassion. He went to him and bound up his wounds, pouring on oil and wine. Then he set him on his own animal and brought him to an inn and took care of him. And the next day he took out two denarii and gave them to the innkeeper, saying, ‘Take care of him, and whatever more you spend, I will repay you when I come back.’   (Luke 10:30b-35, ESV)

We all like to think we are a good Samaritan, that we are willing to step up and help the injured man along the side of the road.  Rarely today do we find an injured, bleeding person along the side of the highway.  Let’s put it in today’s terms.  How many times have you read a news story about the “other side” being attacked for their “wrong” beliefs?  If you were present, did you walk past?  Did you stay silent?  Or worse, did you cheer?  If you heard the story, did you shrug it off, thinking it was just?  Did you laugh about it with someone who shares your opinions?  It is easy to help the bleeding person when you don’t know why he is bleeding, but are you willing to help a bleeding opponent with whom you disagree?

We need to be willing to stand up and call out injustices when we see them.  We cannot stand silently by while those with whom we may agree with ideologically attack those with whom we disagree.  During the coffee break at work, or sitting down with relatives at dinner, be willing to stand up for the dignity of human life, all human life, for it has been given by the Lord.