“Ok everyone,” the professor started after taking attendance.  “Today,”  “Wait!” A student spoke up.  “Can we go back to what we talking about last time? Like, about you reading – er sorry, continually studying the Bible?”  “Sure,” the professor said, motioning for the student to continue. “I was taught being a Christian is easy.  You know, accept Christ died on the cross and rose from the dead.  That’s it.  You’re talking about growing a relationship with Christ, like being a Christian is more than just a one time conversion.”  “Have you ever compared that teaching to the Bible?  Where does it say that?” The student looked confused.  “I can’t say exactly, but I know the pastor gave Bible verses during the sermon.”  The professor smiled and looked at the class.  “This is why I insist that you give exact references and know the context of the verses.  It is easy to cherry-pick certain verses and present them in a way that makes being a Christian easy.”

After accepting Christ, many new believers experience a high – life just feels better and they strive to be better!  But then the high goes 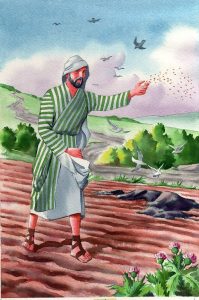 away, and old, sinful habits creep back in.  They are no longer eager and excited.  They have just discovered that salvation takes effort!  And a choice must be made.

And he [Jesus] told them many things in parables, saying: “A sower went out to sow. And as he sowed, some seeds fell along the path, and the birds came and devoured them. Other seeds fell on rocky ground, where they did not have much soil, and immediately they sprang up, since they had no depth of soil, but when the sun rose they were scorched. And since they had no root, they withered away. Other seeds fell among thorns, and the thorns grew up and choked them. Other seeds fell on good soil and produced grain, some a hundredfold, some sixty, some thirty. He who has ears, let him hear.”  (Matthew 13:3-9, ESV)

This realization, that salvation takes effort is off-putting for some, a deal breaker for others, and a challenge the rest will gladly work to achieve.  In today’s world, however, this lesson is not taught frequently enough.  Think of how many people profess to being a Christian, a follower of Christ.  Do they really emulate Christ?  Do you?

Satan and his minions are hard a work making sure that realization remain buried, unknown, and untaught.  According to a 2017 Gallup poll, approximately 75 percent of Americans identify as some denomination of Christian.  A 2015 poll conducted by the Pew Research Center came to a similar conclusion.  The Pew Research Center further explored their data, breaking down many hot-button topics to determine how religion impacts their life.  Of the three-quarters of Americans who proclaim to be Christian, only 33 precent believe their faith should be the guiding light on determining right from wrong.  Churches are failing in their teachings of what it means to have Christ in your life, to be His follower.

He [the serpent] said to the woman, “Did God actually say, ‘You shall not eat of any tree in the garden’?” And the woman said to the serpent, “We may eat of the fruit of the trees in the garden, but God said, ‘You shall not eat of the fruit of the tree that is in the midst of the garden, neither shall you touch it, lest you die.’” But the serpent said to the woman, “You will not surely die. For God knows that when you eat of it your eyes will be opened, and you will be like God, knowing good and evil.” So when the woman saw that the tree was good for food, and that it was a delight to the eyes, and that the tree was to be desired to make one wise, she took of its fruit and ate, and she also gave some to her husband who was with her, and he ate. Then the eyes of both were opened…  (Genesis 3:1b-7a, ESV)

Who is Satan?  Where is he in the world today?  Satan doesn’t come looking like a devil, with a pitchfork and sprouting horns.  Satan rarely comes in serpent form.  Satan is the person you think you want to be like.  Satan is the person wearing the clothes you aspire to own, having the things in life you want to have.  Satan has a kind word, a smile, and an offer of help.  Think of Satan’s words to Eve – “Is that really what God said?  Is that really what He meant?”  Satan’s ability is in persuasion and causing self doubt.  Satan is the abusive partner that guilts you into thinking you are the reason for your abuse. 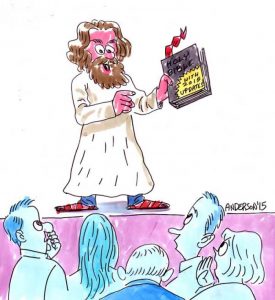 Satan is everywhere in the world – even in the Church.  The Bible is filled with warnings against false teachers.  We are cautioned to always be discerning – check what we are being taught against the Word of God.  This is part of our work in growing our relationship with Christ.  It requires effort!  Like Satan, false teachers are not advertising who they are.  No one would listen or follow them if they did!  They can be church leaders, church members, an upstanding member of the community, or a person who convinces others that their way is the right way.  They work much like Satan, through spreading fear and misinformation, using truths but twisting them into lies to suit their own purposes.

False teachers in the church have given rise to the idea that Christianity is easy, that following the Lord is easy, that leading a life pleasing to Christ is easy, or worse, unnecessary.  These are false teachings!  Sadly, this type of faith is taught in many churches today.  It places too much focus on God’s love, God’s grace, God’s mercy, and God’s forgiveness, ignoring that God is the ultimate judge, that we all will be judged for our sins.  It is the idea that nothing is really bad, no act is forbidden because God will, and has, forgiven all our sins.  Except, that’s not how God works.  To put it simply: Sin is really, really bad – all sin!  To God, a little white lie is as evil as murder.  Shoplifting is as bad as raping.  It is a hard concept to wrap your head around, if it is even possible.  Sin is sin.  There are no levels, no tiers, no distinctions.  The belief that Christianity is easy is one of the greatest threats to true salvation.  It is false teaching, a false teaching every one wants to believe.

“Not everyone who says to me, ‘Lord, Lord,’ will enter the kingdom of heaven, but the one who does the will of my Father who is in heaven.”  (Matthew 7:21, ESV)

Thousands of years ago, the Lord brought approximately 600,000 male Israelites, plus their families, out of slavery in Egypt (Exodus 12:37).  They were His chosen children and He was going to deliver them into the Promised Land.  The rescued Israelites agreed to follow 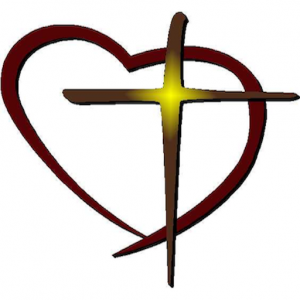 the Lord and obey His commands.  Of those 600,000 men, only two – 2! – are recorded to have entered the Promised Land  (Numbers 32:11-12).  What happened to the rest?  They refused to give up their worldly ways.  They refused to place their lives completely into the hands of the Lord.  They chose to ignore some of the Lord’s commands.  They did not fully and truly followed the Lord.  The results will be no different for those who do the same today.

Jesus states that part of salvation is following the will of the Lord, His commands.  To follow Him, to follow His commands, we must recognize Him, recognize His will.  If we do not know God’s will, if we do not know God’s commands, if we do not recognize Him by our words and actions, how should He recognize us?  Our actions are demonstrations of our love – whatever our love may be. We cannot take the easy path to salvation, because there is none!  Anyone who teaches otherwise is teaching false.  Which path are you following?  Consider carefully!  And be honest!