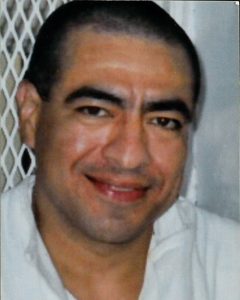 Abel Revill Ochoa has been executed by the state of Texas on Thursday, February 6, 2020. Abel was pronounced dead at 6:48 pm local time, inside the execution chamber at the Walls Unit of the Huntsville State Penitentiary in Huntsville, Texas. He was 47 years of age and executed for the murder of his wife, 29-year-old Cecelia; their daughter 7-year-old Crystal, in a shooting spree that also killed their 9-month-old daughter, Anahi; Abel’s 56-year-old father-in-law Bartolo Alivizo; and his 20-year-old sister-in-law Jacqueline Saleh. The murders occurred on August 4, 2002, in Dallas Texas. Abel has spent the last 16 years on death row in the state of Texas.

Abel was born into poverty in Vicente Guerrero county in Durango, Mexico. His family moved to Texas while Abel was still young. Growing up, Able had a good school record. Abel’s father was an alcoholic and would abuse his family. Able was addicted to alcohol and crack cocaine. Abel had previously worked as a heavy equipment operator and laborer. He had no prior prison record.

On Sunday, August 4, 2002, Abel went to church with his wife and children. On the way home Abel asked his wife for some money to stop and buy some cocaine. The couple got into a fight, but eventually Cecelia relented. Abel took the family to drug house to buy cocaine, before returning home.

After returning home, Abel went into the back yard to smoke the cocaine. Two of Cecelia’s sisters came over to the house and the three women sat in the living room talking. After smoking, Abel went upstairs and laid in bed, wanting more cocaine, but knowing it would lead to an argument if he asked his wife for more money.

Abel took his gun, walked into the living room and began shooting until he ran out of bullets. He then returned to the bedroom and reloaded the weapon.  Abel returned to the living room, where he saw his daughter, Crystal. Crystal began running and Able chased her, shooting and killing her. Also killed in the shooting was Abel’s wife, two daughters, a sister-in-law, and his father-in-law. A second sister-in-law, Alma Alvizo, was also seriously injured in the shooting.

Abel then took his wife’s purse and left the house in her car. He attempted to withdraw money at an ATM, however, he was unable to remember the passcode. He drove around until police caught up with him, approximately 30 minutes after the shooting.

Abel verbally confessed to the police when he was arrested.  He later made a written confession. Able was sentenced to death for the murder of his wife and eldest daughter.

Please pray for peace and healing for the families of Cecelia, Crystal, Anahi, Bartolo Alivizo, and Jacqueline Saleh. Pray for strength for the family of Abel. 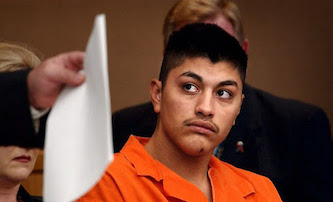 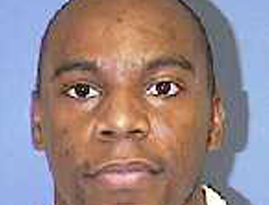