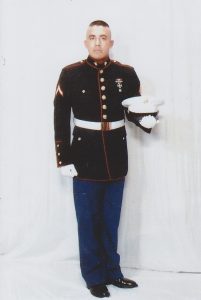 Rosendo Rodriguez III was executed by the state of Texas on Tuesday, March 27, 2018. He was pronounced dead at 6:46 pm CDT, inside the Walls Unit execution chamber at the Huntsville State Penitentiary in Huntsville, Texas. Rosendo was 38 years of age. He was convicted and sentenced to death for the murder of 29-year-old Summer Baldwin and her unborn child in 2005. Rosendo spent the last 9 years of his life on Texas’ death row.

Rosendo grew up being abused by his domineering and alcoholic father. He went on to attended Texas Tech and served as a US Marine Corp reservist. While serving, Rosendo was in Lubbock, Texas for training at the time of the murder. Prior to his arrest, Rosendo worked as an office clerk and in food service. He had no prior prison record.  However, following his initial arrest, he was also discovered to have murdered 16-year-old Joanna Rogers in 2004.

Summer Baldwin’s body was found stuffed inside of a suitcase in a Lubbock, Texas, city landfill on September 13, 2005. Summer was a prostitute and a witness in federal counterfeiting case, making her death of interest to the Federal Bureau of Investigation (FBI).

Finical records obtained by the federal government showed that the debit card belonging to Rosendo Rodriguez III, was used to buy an identical suitcase in WalMart the day before Summer’s body was discovered. Video surveillance also showed Rodriguez with Summer. Financial records also showed that Rodriguez rented a hotel room. Hotel records showed that he signed in under the name “Thomas” Rodriguez. Police arrested Rodriguez at his parent’s home in San Antonio, Texas.

Three weeks after his arrest, Rodriguez confessed to the murder of Summer. According to his confession, the two engaged in consensual intercourse. Rodriguez claimed that he killed Summer in self-defense when she came after him with a knife. As police continued their investigation, they discovered that Rodriguez was also linked to the disappearance of teenager Joanna Rogers, who had been missing for over one year. Like Summer, Joanna’s body was also found stuffed in a suitcase in a landfill in Lubbock, Texas.

Rodriguez was assigned new counsel and the trial began in 2008. Rodriguez argued that his combat training kicked in, causing him to murder Summer when she attacked him with a knife. He further alleged that he had no knowledge that she was pregnant. The prosecution alleged that he sexually assaulted Summer before killing her by strangulation and disposing of the body. Rodriguez was convicted and sentenced to death in April 2008. 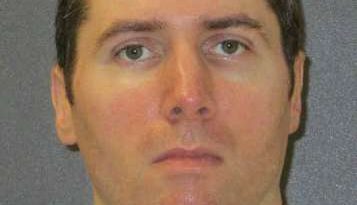