Stephen Michael West has been executed by the state of Tennessee on Thursday, August 15, 2019. Stephen was pronounced dead at 7:27 pm CST, inside the execution chamber at the Riverbend Maximum Security Institute in Nashville, Tennessee. Stephen was 56 years of age. He was executed for the murder of 51-year-old Wanda Romines and her daughter 15-year-old Sheila on March 17, 1986, in Lake City, Tennessee. Stephen spent the last 31 years of his life death row in Tennessee.

Stephen was born in a mental institution, where his mother was hospitalized. According to Stephen’s sister, Stephen was abused by his mother as a child. Stephen’s father was an alcoholic who became violent when he drank. Stephen graduated high school, where he was an honor student and never had any disciplinary problems. Stephen joined the military and served for three years in Germany. According to Stephen’s attorney, his military records showed that Stephen had a drug and alcohol problem during his service. Stephen had no criminal record. At the time of his arrest, Stephen was married and his wife was pregnant. Prior to his arrest, Stephen worked at McDonalds.

On March 17, 1986, then-23-year-old Stephen West and his 17-year-old co-worker Ronnie Martin left their job and drove around for several hours, drinking. Martin, in whose car they were driving, eventually suggested to West that he knew a girl. Martin and West drove to the home of Sheila Romines, one of Martin’s classmate who had previously refused his advances and embarrassed him in front of other students.

The two waited outside of the home until Mr. Romines left for work. They knocked on the door to the Romines’ home shortly after 5:20 am, and were let in by Sheila’s mother, Wanda. Between 6:00 am and 8:30 am, Wanda and Sheila were raped and murdered. Wanda received several deep stab and torture-type wounds, according to a forensic pathologist. Sheila received 17 stab wounds in the abdomen, 14 of which were torture-type wounds. It was also determined that two different knives were used, likely by two different people.

West and Martin were arrested the following day. Each was charged separately. Martin was too young to receive the death penalty and was given two life sentences. West claimed that although he was present for the crime, he did not participate in the murders. He also alleged that Martin threatened to kill him and his wife if he went to the police. West was ultimately sentenced to death.

Stephen West had two previously execution dates. The first was in 2001, when he chose to stop his appeals. Hours before the scheduled execution, Stephen elected to resume his appeals process. His next execution, scheduled for February 10, 2015, was stayed due to an ongoing legal battle over the state’s execution protocol. While Stephen and other inmates continue to protest Tennessee’s lethal injection method, the 6th US Circuit Court of Appeals has upheld the ruling of a lower court that dismissed the challenge.

Prior to his execution, Tennessee Governor Bill Lee refused a request from Stephen for clemency. In the request, Stephen claimed that he was mentally ill, which should prevent him from being executed. 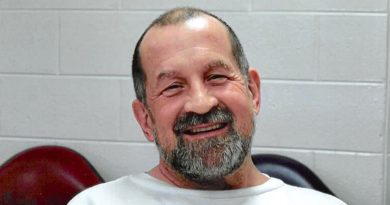 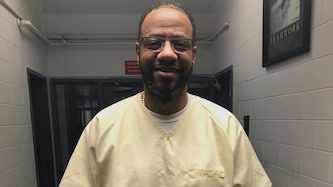