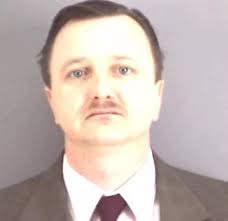 Troy James Clark was executed by the state of Texas on Wednesday, September 26, 2018. He was pronounced dead at 6:36 pm CDT, inside the Walls Unit execution chamber at the Huntsville State Penitentiary in Huntsville, Texas. Troy was 51 years of age. He was convicted of the murder of 20-year-old Christine Muse on May 19, 1998, in Tyler, Texas. Tory spent the last 18 years of his life on Texas’ death row.

Troy had a difficult childhood and a history of alcoholism in the family. He dropped out of school after 6th grade. At home, he was frequently left unsupervised and suffered from abuse. His brother committed suicide while Troy was still living at home. Troy had twice served time for possession of a controlled substance. He was on parole at the time of the murder.

Troy Clark and Tory Bush lived together in Tyler, Texas, using and selling methamphetamine. For a brief time, Christine Muse also lived with the couple. Clark became concerned after she moved out that she would go to the police with information about their drug dealing.

On May 19, 1998, Christine made a social visit to the couple. Clark shot her with a stun gun and used duct tape to bind her hands and legs, and cover her mouth. He placed her in a hall closet for several hours. He then took her into the bathroom, beat her with a board, and, with the help of Bush, drowned Christine in the bathtub. Clark placed her body in a barrel and filled it with water, lime, and cement mix, which Bush had purchased. Bush, at Clark’s direction, then placed trash on top of the barrel, which was then left on the property of their landlord who lived outside of town.

It was several months before Clark was arrested. Police found Christine’s body with the assistance of Bush. During the search for Christine’s body, investigators also found the body of Tracy Mize in a septic tank on the same property in which Christine’s body would later be discovered. It is believed that Clark also killed him to silence him, as he knew about Christine’s murder. During Clark’s trial, witnesses also testified that he killed a man in 1988, and raped a women, however, he was not charged with those crimes.

During his trial, Clark attempted to demonstrate that Bush was the mastermind behind the crime. However, the jury found Clark guilty of murdering and kidnapping and sentenced hime to death. Bush received a 20 year sentence and is eligible for release this year.