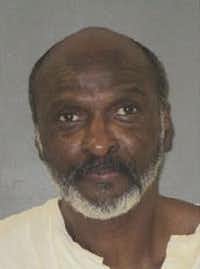 William Earl Rayford has been executed by the state of Texas on Tuesday, January 30, 2018. He was pronounced dead at 8:58 pm CST, inside the Walls Unit execution chamber at the Huntsville State Penitentiary in Huntsville, Texas. Sixty-four-year-old William is convicted of the murder of 44-year-old Carol Hall on November 16, 1999, in Dallas, Texas. William spent the last 17 years of his life on death row in Texas.

William attended high school through the 12 grade. He worked as a laborer prior to his arrest. He had previously been arrested and served eight years of a 23 year sentence for the murder of his estranged wife in 1996.

In 1996, William Rayford moved in with Carol Hall and her two young sons. During the summer of 1999, Carol asked Rayford to move out. Carol eventually sought the help of her uncle to ultimately remove Rayford from the home. One of Carol’s sons testified that he was afraid of Rayford.

On November 16, 1999, at approximately 6:30 am, Rayford entered the home with a key, prompting an argument between him and Carol. The argument escalated, causing Carol to call for her children. When the youngest came downstairs, Rayford stabbed him in the back. Carol fled down the house attempting to reach another house. Rayford caught her before she could reach help. Rayford slung Carol over his shoulder and carried her towards a nearby creek. The son who had been stabbed was able to escape to a neighbor’s house and call the police. He survived his injuries.

A bus driver parked nearby observed a man and women exit a house, running. When the man caught the woman, he beat her in the head until she became “lifeless.” The man then dragged the woman behind a house where the bus driver could no longer see them.

When police arrived on the scene, they began searching for Rayford and Carol. Approximately one hour after they arrived, Rayford appeared in the yard, wet, cold, and complaining of knee injury. He was also covered in blood and grass. Police arrested him and took him to a hospital for treatment.

Police found Carol’s body a short time later, stuffed inside a pipe. An autopsy discovered that he had been severely beaten on her face. She had also been strangled and had numerous other injuries, including cuts and an injury caused by a sharp object. DNA evidence showed that Carol’s blood was on Rayford’s clothing and skin when he was arrested. 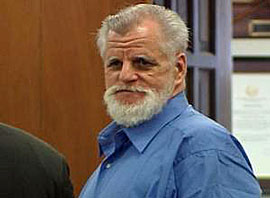 Texas Execution of Kosoul Chanthakoummane Rescheduled from November 10, 2021, to August 17, 2022