Have you ever had a bottle of beer? A glass of wine? A shot of liquor? Did it result in you doing something abnormal? Reckless? Stupid? Perhaps you laughed about it later, thinking of that time as fun indulgence – no lasting harm. But are you sure? No lasting harm, are you sure?

Throughout the years, alcohol has become a staple on college campus, and it is becoming increasingly common among high schoolers as well. Many hold the opinion – whether admitted or not – that what happens in high school and/or college stays in high school and/or college. Yet, the damage caused by excessive use, or even one night of overuse, can haunt a person forever! Especially in the age of social media! Even mild or infrequent use can impact emotional stability, finances, your career, family, friends, and co-workers.

Noah began to be a man of the soil, and he planted a vineyard. He drank of the wine and became drunk and lay uncovered in his tent. And Ham, the father of Canaan, saw the nakedness of his father and told his two brothers outside. Then Shem and Japheth took a garment, laid it on both their shoulders, and walked backward and covered the nakedness of their father. Their faces were turned backward, and they did not see their father’s nakedness. (Genesis 9:20-23, ESV) 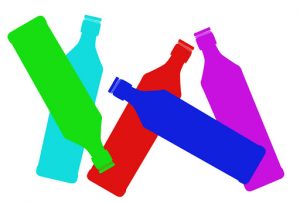 Through the consumption of alcohol, Noah behaved in a manner in which he would not have normally engaged. The consequence of his action was not limited to himself, but affected his children, their offspring, and, eventually, the entire nation of Israel. We can never be sure of how our actions, although seemingly innocent at the time, may affect others, or how far the consequences may spread.

Alcohol is the third leading cause of preventable deaths in the United States, with over 100,000 deaths from alcohol-related causes each year. Approximately 30 people die every day from a motor vehicle crash involving an impaired driver. That is one needless death every 51 minutes! And alcohol use among teens (where it is illegal!) kill more people each year than all illegal drugs combined! Thirty-six percent of those in prison were drinking or had consumed alcohol prior to the offense for which they have been convicted. Are you still laughing?

Lot also behaved abnormally after drinking. Like Noah, his actions also led to lasting consequences for his offspring and the nation of Israel. Drinking excessively also put him in the position to be taken advantage of – sexually. A frightening correlation that is all too common.

Drinking alcohol lowers a person’s inhibition and decision making skills. It can also make an individual more aggressive and violent. According to the National Institute on Alcohol Abuse and Alcoholism, approximately half of sexual assault cases involve alcohol (the NIAAA does note that it is difficult to collect exact figures on the relation between alcohol and sexual assault). Nearly 700,000 college students (ages 18-24) are assaulted each year. Of those assaulted, nearly 100,000 are sexual, including being raped.

April has been proclaimed both Alcohol Awareness Month (http://www.niaaa.nih.gov) and Sexual Assault Awareness Month (http://www.nsvrc.org/saam). Organizations for both use this month to increase public awareness and understanding. Part of achieving that goal is encouraging parents to talk early and often with children. The dangers of alcohol present to everyone who consumes alcohol: first time drinkers and life-long alcoholics.

Sexual assault can occur to anyone: male or female. It is important that everyone understands what constitutes sexual assault, especially if alcohol is involved, as state laws may vary. All should be aware of situations that may place a person at greater risk for sexual assault and what to do if it should occur to them, someone they know, or if they witness it.

This month, we at The Forgiveness Foundation Christian Ministries, Inc. encourage you ensure that you and your children are familiar with the laws governing alcohol use and sexual assault in the state you live. Examine your lives. Are your actions harming others? Start the education and awareness now! We also ask that you pray for those whose lives have been changed forever due to alcohol and/or sexual assault.