The birthday camping trip came as a surprise! All were looking forward to the weekend, even the birthday girl who only had a day to prepare! A few days at a National Park, full of camping, hiking, unexpected rainstorms, cookouts, and, of course, s’mores! The car trip was filled with talk of what they were going to eat and the trails they wanted to hike. Several specific trails were picked; some for the views they offered and others for the hiking challenge they offered. No one expected a missing hiker would change their plans. 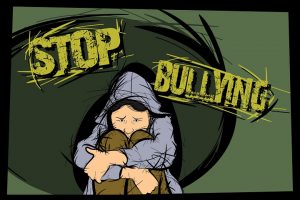 One afternoon road trip later, the group arrived at the campsite after dark, setting up the tent using flashlights before burrowing into sleeping bags intent on a good night’s sleep before a day full of adventure. The excitement was somewhat reduced the following morning: some of the hiking trails were closed to allow park rangers to search for a missing hiker, including one of the planned trails. No worries, there were several other trails. Word came later that day. The hiker, who had been missing for a week was found. She was dead. She had committed suicide.

Information later showed that she was a local woman, known for running those trails, training for trail races, and to keep in shape for her job. Shortly before she killed herself, a picture had been shared on a popular social media site, a picture she did not want shared with the world. Under the picture were hundreds of disparaging comments, most criticizing her appearance. Many of those comments came from co-workers. She was bullied, resulting in her death.

She was not the first person to commit suicide due to bullying and, sadly, she will not be the last. Over 42,000 individuals commit suicide every year. It is the third leading cause of death among young people. And, for every person that successfully kills themselves, 100 others attempt and fail. Due to the nature of suicide, it is impossible to determine how many suicides are related to bullying.

We often think of bullying as the school yard bully. Anti-bullying campaigns are focused at school age children, with adults being trained how to respond if a child reports bullying to them or what to do if they witness a bullying incident between children. But it also needs to be recognized that bullying does not end at graduation. Sadly, it follows us into adulthood and the workplace. And, even more sad, the older we become, the crueler we become. Bullying can take many forms, not limited to gossip, exclusion, cruel, crude, unflattering, and/or unwanted jokes made at others expense, and criminal acts such as abuse and harassment. 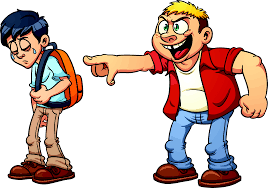 The word “bully” never appears in the Bible, but that does not mean the topic is not addressed. Solomon advises, “The heart of the righteous ponders how to answer, but the mouth of the wicked pours out evil things.”  Paul, in his letter to the Ephesians, reiterates Solomon’s advice, “Let no corrupting talk come out of your mouths, but only such as is good for building up as fits the occasion, that it may give grace to those who hear.”  (Ephesians 4:29, ESV) Jesus commands His followers to “Love your enemies and pray for those who persecute you,” (Matthew 5:44, ESV). Just as children are taught in school, we are not to stoop to the level of the bully and retaliate. We are to pray for them, show the other cheek (Matthew 5:39).

We are also not to stand by and watch others being bullied – it is the same as bullying. Inaction to others being bullied is bullying! We are to “Rescue the weak and the needy; deliver them from the hands of the wicked,”  (Psalm 82:4, ESV). But, you may be thinking, will that not lead to me being bullied?! Perhaps, but we must be willing to make sacrifices to follow the Lord.

It may be a tired statement, but it is true: we cannot control the actions of others, only how we respond. So how do you respond? October is Bullying Prevention Month. Set aside at least one day this month to focus your daily Bible study on what the Bible has to say about bullying and our reactions. Spend some time in prayer each day this month praying for strength for those who are being bullied. Pray for strength for yourself to not stand idly by. Pray for awareness and compassion for the bullies.