Mark arrived home from a hard day at work. His wife berated him for forgetting to take out the trash before he left that morning. She told him he would not be eating until he fixed the leaky pipe. An hour later, Mark realized the problem was not one he could solve. His wife called him “useless” and “pathetic.” All evening she continued to criticize him. She began swearing at him when he went to make himself dinner and relax before going to bed. Mark is a victim of domestic abuse. 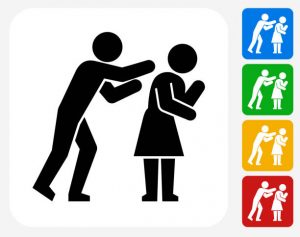 Jenny cracked open her door and peered out. She had heard her parents screaming and cursing at each other. Her father reached over and slapped her mother, knocking her down. He picked her up and pushed her up against a wall, continuing to yell. Her mother fought back, escaping his grasp. Jenny wished she did not have to hear the yelling every night and see the fights. Jenny is a victim of domestic abuse.

Katie and her husband both work hard. When they get home, he cooks dinner and cleans the kitchen, while she works at laundry and vacuuming. They enjoy a meal together and watch their favorite television show together, laughing at the ridiculous situations the characters get themselves into. Katie is tired and has an early morning. She wants to go straight to sleep. Her husband has other plans. He ignores her protests. Katie is victim of domestic abuse.

Eric is in third grade, struggling with multiplication, just as he struggled with addition and subtraction for the past two years. He does not understand his homework, but does not want to ask for help. His mother, who used to help him died, and his father’s girlfriend laughs at his questions, calling him “dummy” and “slow,” asking him how he can be so stupid. Eric is a victim of domestic abuse.

Although the issue has received recent attention, domestic violence is not a recent problem. As illustrated above, it takes many forms, from the often identified physical violence, to the lesser thought of emotional and psychological abuse. Domestic violence can also include sexual and verbal abuse. There are over 1.3 million reported cases of domestic violence each year, however it is estimated that the true number of domestic abuse cases is significantly higher as most, especially male victims, are never reported.

God’s plan for a relationship between a man and woman is one of harmony. Eve was created to help Adam. Their relationship was one of unity, never fearing the actions of the other. Sin has corrupted this relationship. Instead of unity and mutual respect, the relationship is one of fear. We must work hard to show our children, and the world, the relationship God designed. Children who are abused or witness abuse are far more likely to enter an abusive relationship.

21 Fathers, do not embitter your children, or they will become discouraged.  (Colossians 3:21, NIV) 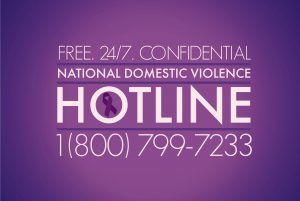 Paul warns against being hard on children, yet he is not speaking out against discipline. Discipline is necessary to teach children and is done out of love. Abuse is done out of anger, frustration, and the desire to gain control and manipulate. We are all children of God and we can turn to His examples throughout the Bible when disciplining our children.

We, at The Forgiveness Foundation Christian Ministries, Inc., encourage anyone who is being domestically abused, or knowns of someone being abused, to contact the National Domestic Abuse Hotline at 1−800−799−7233. You can also visit their website at https://www.thehotline.org.

*Domestic violence and domestic abuse are two terms used to legally describe what are essentially the same crimes. The term used depends on the state and some states assign certain crimes to a certain term. For the purpose of this article, the two terms are used interchangeably.