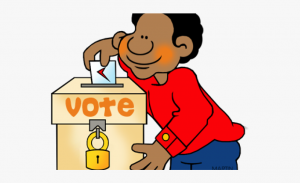 In addition to electing the President of the United States, there are also 35 US Senate seats up for vote, as well as, all 435 voting member and six non-voting members of the US House of Representatives. In eleven states and two territories, the position of Governor is also up for election. There are also numerous state and local positions up for election. Take some time and research who is on your state ballot. Don’t vote blindly!

Throughout this year, you journeyed along with The Forgiveness Foundation Christian Ministries, Inc., through the teachings of Jesus, creating 20/20 Vision for Christ! So, as we have been doing all year, let’s look at what Jesus has to say:

15 Then the Pharisees went out and laid plans to trap him in his words. 16 They sent their disciples to him along with the Herodians. “Teacher,” they said, “we know that you are a man of integrity and that you teach the way of God in accordance with the truth. You aren’t swayed by others, because you pay no attention to who they are. 17 Tell us then, what is your opinion? Is it right to pay the imperial tax to Caesar or not?”
18 But Jesus, knowing their evil intent, said, “You hypocrites, why are you trying to trap me? 19 Show me the coin used for paying the tax.” They brought him a denarius, 20 and he asked them, “Whose image is this? And whose inscription?”
21 “Caesar’s,” they replied.
Then he said to them, “So give back to Caesar what is Caesar’s, and to God what is God’s.”
22 When they heard this, they were amazed. So they left him and went away.
(Matthew 22:15-22, NIV)

The Jews lived under Roman rule, receiving benefits, such as security and freedom to practice their religion. Yet, Jews resented having to pay taxes. The religious leaders hoped to use this polarizing question to trick Jesus into alienating His supporters, or lay the groundwork to arrest Him for treason.

Instead, Jesus acknowledges that living under Roman rule comes with benefits, including the use of a uniform currency, and that Jews should show respect for the governing authority and contribute to paying the costs associated with the benefits that come from an established government.

We, in the United States of America, are extremely fortunate to be part of a governing system that allows our voice to be heard through regular elections. Through voting, we are able to voice our opinions on numerous issues that face our society, including taxes! By casting our vote, we are speaking up about how we would like to be governed. We may not agree with everything that a candidate says or does, or all their policies. But, we have a chance to vote for the person with whom we agree the most, with whom we believe will lead this nation best. As Christians, our guiding idea of who will lead this nation best should be based upon God’s word.

Take time before the election to carefully study the candidates for whom you are about to vote. What do they stand for? Do their actions back up their words? What do you consider important issues? Are they Biblical issues or worldly issues? Consider carefully, and VOTE!