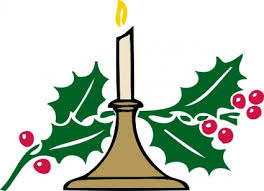 The Christmas season is full of traditions. Some traditions are universal, some are regional, and some are just among family. Each tradition was established at some point in history, be it thousands of years ago or a generation ago. We have already shared with you the origins of the Christmas Tree, but what about Christmas itself? How did Christmas become Christmas?

Christmas became a formal holiday under Roman Emperor Justinian, around AD 529, but the origins of Christmas go back much farther, even before Christ was born. Today we know Christmas as a holiday to celebrate the birth of Christ, however, it started as a pagan holiday. Ancient Rome held a harvest festival to mark the winter solstice and to honor Saturn, the god of sowing, for the upcoming plowing and planting season. Other ancient civilizations, such as Egypt, also held festivals around the time of the winter solstice to gain the gods’ favor for the upcoming planting season.

After Jesus’ ascension into Heaven, Christians began celebrating Christ’s birth, “as a means of replacing worship of the sun, with worship of the Son.” Although we celebrate Jesus’ birth on December 25, he was born earlier in the year. Why then, would Christians use a pagan holiday to celebrate? Because being a Christian was illegal and could result in death.

For 300 years, Christians were hunted down and persecuted all over Rome by people like Saul. Saul was a Roman Jew who was greatly feared by Christians, until Jesus revealed himself to Saul. Saul changed his name to Paul and became a dominate force in establishing early Christian churches before being executed in Rome. After Christianity became legal, it was 200 years before Christmas became a formal holiday.

Christmas began as a way for Christians to celebrate their faith openly, yet without persecution. It evolved into a formal holiday. During the Middle Ages, the Christmas traditions continued to grow and expand, eventually becoming similar to the pagan celebration first imitated by Christians. In the 17th century, religious groups, such as the Protestants and the Catholic Church rebelled against and condemned the way Christmas was being celebrated. The Catholic Church responded by promoting Christmas festivals that were more religious in nature. Some groups chose to ban Christmas altogether.

Over the next several centuries, Christmas began to regain popularity, with a more religious view. It once again has evolved and changed into what it is today.