Although traditionally associated with the United States of America, we are not the only nation to celebrate Thanksgiving. Nations throughout the world also celebrate a day called Thanksgiving, often in their own way. 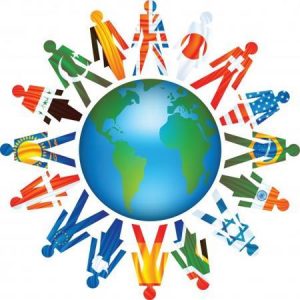 Canada celebrates Thanksgiving every year on the second Monday of October. The first Canadian Thanksgiving celebration is believed to have occurred in present-day Newfoundland in 1578, 43 years before America started celebrating! Like America, it began as a day to give thanks and celebrate a successful harvest. You would probably recognize many of the dishes served, including pumpkin pie, sweet potatoes, and stuffing! During the American Revolution, many of those loyal to England moved to Canada, taking with them many of the American traditions. Unlike America, where it is a public holiday in all 50 states, Thanksgiving remains optional in several of Canada’s Atlantic provinces.

Grenada celebrates Thanksgiving every year on October 25. Grenada’s celebration, however, bears no resemblance to that of the United States or Canada. On October 25, this Caribbean nation celebrates the anniversary of the US-led invasion of the island in 1983, following the murder of Prime Minister Maurice Bishop. The US-led invasion overthrew the party responsible for Maurice’s murder. Thanksgiving Day is considered a public holiday in Grenada, meaning banks and most businesses are closed.

Liberia celebrates Thanksgiving every year on the first Thursday of November. Like Canada, the tradition came from the United States. The nation of Liberia began in 1820, when freed black slaves returned to Africa, bringing with them the tradition of Thanksgiving. Many of the foods, such as turkeys and pumpkins, have been replaced with local food items such as roast chicken and mashed cassavas.  They are often served quite spicy.

The Netherlands remembers those who came to Plymouth Plantation via the city of Leiden, where many births, marriages, and deaths were recorded at the Pieterskerk (St. Peter’s church). In commemoration, a non-denominational Thanksgiving Day service is held every year in Pieterskerk on the morning of Thanksgiving Day in the United States.

Germany celebrates Erntedankfest, the Harvest Thanksgiving Festival, in early October. The holiday has a significant religious component to it.  It is similar to the United States in that the celebration includes large harvest dinners and parades. Oktoberfest, the Bavarian beer festival often coincides with Erntedankfest.

Japan celebrates 勤労感謝の日 (Labor Thanksgiving) every year on November 23. The national holiday developed during the American occupation following World War II. The holiday celebrates labor and production and giving thanks. The Japanese celebration is also related to an ancient harvest ceremony.

Puerto Rico, a territory of the United States, celebrates Thanksgiving on the same day as the rest of the nation.  That is, every year on the fourth Thursday of November. Similar to Liberia, Puerto Ricans have substituted traditional American food for native, local food including tastiness (fried plantains), turkey stuffed with mofongo, slow-roasted pavochon, and roast pork and rice and beans. For dessert, tembleque (a cinnamon-coated coconut custard) is often served.

Britain, and numerous other nations, do not celebrate Thanksgiving.  However they celebrate Harvest Festivals. These festivals can occur at any time throughout the year, per the nation’s climates and crops. Previously, farmers would often enjoy a harvest supper.  All who had participated in the harvest were invited to partake in the meal. Often the celebration would include games.