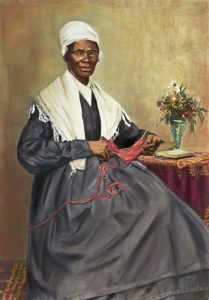 In 1797, in Ulster County, New York, Isabella Baumfree was born to Elizabeth and James Baumfree, slaves to Colonel Johannes Hardenbergh. Isabella was one of 13 children. Isabella grew up speaking only Dutch until the age of nine, when she was sold to a new master, John Neely. John and his family only spoke English and frequently beat Isabella because of miscommunications. It was during her time with John that Isabella began her spiritual journey. Religion turned into her refuge. Isabella would have conversations with God in the woods and prayed aloud during times of hardship. She was sold twice more, eventually ending up as a slave to John Dumont of West Park, New York.

Isabella would later describe her treatment at the hands of John Dumont as “cruel and harsh.” No reason is given for this description, leading many historians to believe that she was sexually abused and harassed. In 1815, Isabella fell in love with a slave from another farm named Robert. The two had a daughter together, however, Robert’s master forbade the relationship and the two never saw each other again. Dumont then forced Isabella to marry an older slave named Thomas. Together, they had four children, one of which died.

In 1799, New York began negotiations to abolish slavery. The emancipation date was set for July 4, 1827. Dumont made a deal with Isabella; “if she would do well and be faithful,” he would release her one year early. Dumont did not hold up his end of the deal, claiming a hand injury made Isabella unproductive. Isabella continued working for him until she felt she had satisfied her obligation to him.  She then left with her infant daughter. She explained, “I did not run off, for I thought that wicked, but I walked off, believing that to be all right.”

Life remained hard for Isabella. She was given refuge at the house of Isaac and Maria Van Wagenen.  They defended her from Dumont when he tried to bring her back. Shortly thereafter, Isabella learned that her five-year-old son, Peter, had been illegally sold to a farmer in Alabama. With the help of Quaker activists, Isabella was able to go to court and have Peter returned to her. This was one of the first times in which a black woman successfully challenged a white man in a United States court.

Isabella had a life-changing religious experience during her time with the Van Wagenens. Isabella was tempted to return to Dumont. During that temptation, she felt “baptized in the Holy Spirit” and “overwhelmed with the greatness of the Divine presence.” This enabled her to resist the temptation. Shortly thereafter, she moved to New York City and became known for her speaking ability.  She became an advocate for women’s rights and abolitionists. In 1829, Isabella joined a group, sometimes called the “Kingdom,” which strictly followed Old Testament laws. In 1834, the group’s leader died.  Isabella, along with another member, was accused of poisoning him to steal his money.

After being acquitted, Isabella remained in New York City, determined to become a traveling preacher. On June 1, 1843, Isabella changed her name to the one we know her by today: Sojourner Truth. She explained her new name, “The Spirit calls me [East,] and I must go.” Sojourn means to stay temporarily or to seek. Isabella, now Sojourner Truth, saw herself as a seeker of truth, and her journey had just begun.

In 1857, Sojourner moved to Battle Creek, Michigan to live in a community of Progressive Friends.  They believed, like her, in abolition, women’s rights, non-violence, and communicating with spirits. As Sojourner grew in popularity, she started attracting larger crowds. Sojourner publicly sought political equality for all women, an idea that many, even in abolitionist circles, considered extremely radical. Sojourner was worried that once equality was achieved for black men, white and black women would be left behind.

When the Civil War began in 1861, Sojourner assisted in enlisting black troops for the Union Army, including her grandson, and helping to free slaves. In 1864, Sojourner had the opportunity to visit Washington D.C. and meet with President Lincoln to discuss her beliefs and her experiences.

Even after the Emancipation Proclamation, and the end of the Civil War, Sojourner remained committed and dedicated to achieving equal rights for all. She attempted to desegregate streetcars by riding in cars designated for whites only. Later in life, she attempted to persuade Congress to grant land to former slaves.  The goal was to help them become self-sufficient and not become indentured servants to their former masters. She was unsuccessful in her attempts.

Sojourner Truth died on November 26, 1883, in her home at Battle Creek, Michigan. Sojourner continued speaking up for women’s rights, universal suffrage, and other topics she was passionate about. She is remembered as one of the first women’s rights activists and as one of the foremost leaders of the abolition movement. Her unique faith in God inspired her causes and drove her to try to change the injustices she found in the world in which she lived. 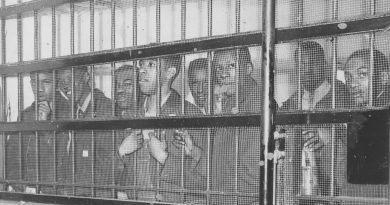 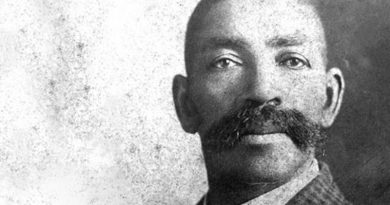