Columbus Day has become a controversial holiday in America. Some view Christopher Columbus as a great explorer, who founded new worlds and brought science and enlightenment to “savages.” Others view him as a man who brought disease, illness, and death to many civilizations. Should we celebrate his discovery or should we mourn what his coming brought? Perhaps we should do both. 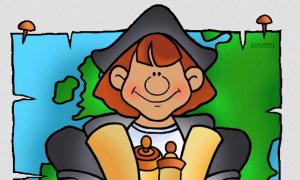 Part of the reason for the controversy is the way history was recorded. When Columbus set sail on August 3, 1492, he was setting out to find a water route to Asia, as going overland was difficult and growing more and more dangerous. Queen Isabella and King Ferdinand of Spain gave Columbus three ships, 90 sailors, and money for the voyage. Over two months later on October 12, 1492, Columbus and his crew landed on an island in present day Central America. Columbus mistakenly believed that he had reached India and called the natives “Indians.”

Columbus returned to Spain, declaring the voyage a success. He also brought back gold, exciting others with dreams of becoming wealthy in a new land. Columbus returned with 1500 hundred men, including priests and missionaries. Columbus was to “Christianize” the natives of the new land, by order of the King and Queen of Spain, just as they had cleansed and cleaned Spain through the Spanish Inquisition. They thought that they were providing a service and later historical records continued this thought. When history was first recorded, they looked at it through their own lives and experiences. They failed to see the perspective of the so-called savages.

Additionally, history failed to record several earlier journeys. Columbus was obviously not the first person to discover the Americas, as civilizations had been living there for at least hundreds, if not thousands of years. Columbus was also not the first European to sail to the Americas. Viking Leif Ericson made the trip approximately 500 years before Columbus. 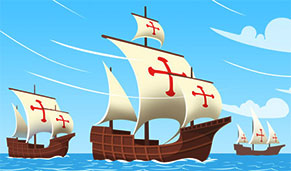 So what lessons can we, as Christians, take from this? Be wary of recorded history. It is recorded from one side of any event, often without giving thought to how the other side may view the event.

For inquire, please, of bygone ages, and consider what the fathers have searched out. For we are but of yesterday and know nothing, for our days on earth are a shadow. Will they not teach you and tell you and utter words out of their understanding? (Job 8:8-10, ESV)