14The Israelites sampled their provisions but did not inquire of the Lord.  15Then Joshua made a treaty of peace with them to let them live, and the leaders of the assembly ratified it by oath.   (Joshua 9:14-15, NIV)

DAY 10: JOURNEY THROUGH THE BIBLE IN A YEAR

Today, our journey through the book of Joshua continues with Israel beginning their entry into the Promised Land. We also see the consequences of failing to obey the Lord and failing to consult the Lord.

Joshua 6-10: Today’s reading is filled with shock and awe! Chapter 6 has the Israelites conquering Jericho, in an unconventional manner. (What would your reaction be if a group starting doing that to your city?!) In Chapter 7 the consequences of sin is clearly revealed to any Israelite who may have wondered: Death! Thirty-six Israelite soldiers we killed as Israel lost the battle with Ai. Achan sinned against God by taking sacred things from the plunder of Jericho. (God clearly instructed the Israelites not to plunder Jericho – Achan did, disobeying God). Achan and his entire family was put to death then burned by fire. It is difficult for mere mortal minds to understand how the sin of one man resulted in Israel being defeated by Ai and the total destruction of Achan’s family. Sin is disobeying God. Sin affects has consequences for others around you. In Chapter 8, Ai is destroyed. In Chapter 9, the Gibeonites get a peace treaty by deceiving Joshua and the leaders of Israel. In Chapter 10 the Israelites go to war against five kingdoms because Joshua and the leaders of Israel vowed to God to protect Gibeon against their enemies. This is another consequence of not consulting God. Joshua, prayed to God, asking Him to stop time to allow Israel to totally defeat the Kingdoms of Jerusalem, Hebron, Jarmuth, Lachish, and Eglon – the Kingdoms that planned to attack Gibeon. Joshua’s prayer was granted, time stopped, the sun stood still and the moon stopped, allowing Israel additional time to totally defeat the five Kingdoms that day. (Joshua 6:1-10:43)

14The Israelites sampled their provisions but did not inquire of the Lord.  15Then Joshua made a treaty of peace with them to let them live, and the leaders of the assembly ratified it by oath.   (Joshua 9:14-15, NIV)

Joshua failed to consult with God before making a treaty of peace with the Gibeonites. God’s plan called for the Gibeonites to be purged from the earth. Not a single Gibeonites was to be left alive. This was God’s instructions to Joshua for all people who lived in “The Promised Land” that Israel was claiming for God and their home. What is the lesson here? Did Joshua and the leaders of Israel get too comfortable with their relationship with God that they took His direction for granted? Is this an example of sin of omission? Are you too comfortable in your relationship with the Lord? Have you stopped seeking His guidance in your life? 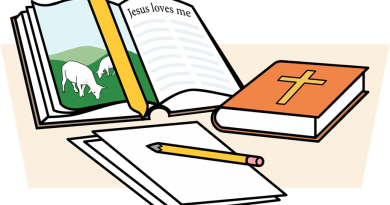