Records: an account in writing or the like preserving the memory or knowledge of facts or events.1
Wrongs: not correct in action, judgment, opinion, method, etc., as a person; in error; an injustice2
Forgive: to give up all claim3 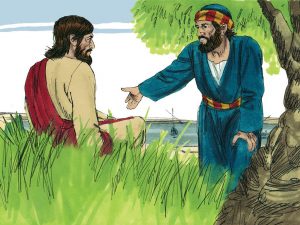 Did Peter struggle to forgive?  It would not be surprising.  Forgiveness is something with which many of us struggle.  Jesus was not telling Peter to keep a running tally of how many times he has granted forgiveness, but rather Jesus is teaching Peter, and all who are listening, that forgiveness should be unlimited. Forgiveness from the heart is forgiveness with love.  Love lets go of the past, lets go of any wrongs committed, and grants full and complete forgiveness.  Love is not about getting even.  Love keeps no records of wrongs.

No one deserves the forgiveness of Jesus Christ.  Yet, it has been given to all, if we are willing to accept it.  As Jesus was dying, as He was sacrificing His life for ours, as He was suffering, Jesus was concerned about our welfare.  As He faced the consequences for every sin you committed, Jesus beseeched His Father for forgiveness.  Would the welfare of others be your concern at a moment like that?

When Jesus warned the disciples that one of their number will betray Him, Peter insisted that it could not be him  (add reference).  Less than 12 hours later, Peter had denied Jesus three times.  Peter felt deep regret and remorse for his actions.  What happened when Peter finally faced Jesus after Jesus’ resurrection?

Imagine the scene: Peter was sitting next to Jesus around a campfire, fish cooking.  Jesus, the man from which Peter had spent three years following and learning, was the Son of God, the Christ, resurrected from the dead.  As Peter shuffled the food around awkwardly on his plate his mind was reeling.  Peter had seen Jesus perform miracles, and heard His wisdom in teachings.  Yet Peter had denied Him.  How could such a betrayal ever be righted? 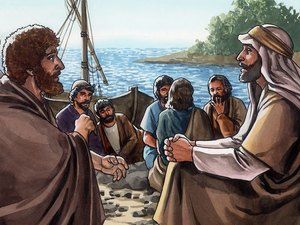 Eyes downcast, Peter kept stealing glances at the man next to him, waiting for his reproach.  Peter wanted to say something, defend himself, but he knew his actions were indefensible.  He now knew and understood that he had denied and rejected the Son of God!  Three times!  And the Son of God knew it!  The regret and remorse Peter felt, didn’t feel enough to make up for what he had done. 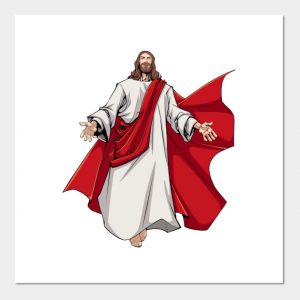 Jesus, as the Christ or as a man, kept no records of wrongs.  Jesus was not punishing Peter for his rejection by questioning him.  Rather, Jesus was doing what was needed to restore Peter: reminding Peter of His love for him.

Think about the world today.  Does it keep records of wrongs?  The phrase “cancel culture” has entered our lexicon, and it is becoming increasingly more common.  Say or do the wrong thing and your entire history is up for examination and scrutiny.  Mistakes made days, weeks, or years ago can lead to you, or even your family, being fired from jobs.  And, all too often, no apology is sufficient and people are not allowed to learn and grow from their mistakes.  How would Peter’s story have turned out in today’s world of “cancel culture”?

Jesus, the Christ and the man, was not going to continually remind Peter of his mistakes.  Rather, after their conversation on the beach, Jesus would never again convict Peter for his denial.  Peter would continue to sin and make mistakes throughout the rest of his life.  Peter would continue to feel remorse for his actions that fateful night.  No doubt Peter was reminded by others of his failures.  But Jesus, the Christ and the man, would never again convict Peter.  He kept no records of wrongs.  Peter was forgiven in full.  Do you give forgiveness in full?  Is your forgiveness complete?  Or is there something on to which you are holding?  Let it go!  Love keeps no records of wrongs.