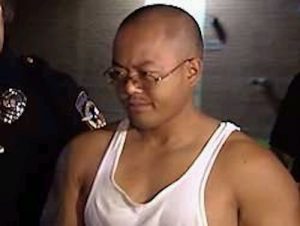 The execution of Kosoul Chanthakoummane is rescheduled from Wednesday, November 10, 2021, to August 17, 2022.  Texas executions occur at the Walls Unit of the Huntsville State Penitentiary in Huntsville. Forty-one-year-old Kosoul is convicted of murdering 40-year-old Sarah Ann Walker on July 8, 2006, in Mckinney, Texas.  For the last 14 years, Kosoul has been on death row in Texas.

Kosoul spent time in juvenile facilities growing up for robbery. He also attacked a friend, causing six fractured ribs and a concussion, in addition to other injuries. Kosoul was previously convicted of aggravated robbery and kidnapping in North Carolina, and after serving his sentence, he was paroled to Texas to live with relatives. At the time of Sarah’s murder, Kosoul was wanted for a parole violation. While in Texas, Kosoul worked as a deliveryman and a warehouseman.

On July 8, 2006, Mamie Sharpless, a real estate agent, received a call from a man claiming to be “Chan Lee” who had just moved to Texas from North Carolina. He wanted to look at a townhouse in the Craig Ranch neighborhood of McKinney, Texas.  Mamie agreed to meet with the man between 11:30 am and noon later that day.

Mamie and her husband arrived at the meeting place and waited for “Chan” to arrive. A short time later, a man in a white Ford Mustang drove by and parked in front of a model home. The couple approached the car and asked the man if he was Chan, which he denied.

While Mamie was showing the townhome to another potential buyer, Mamie’s husband observed Sarah Walker, another real estate agent, arrive. After Mamie finished her showing, she and her husband went to Sarah’s model home. They entered around 1:10 pm and found it “ransacked,” with a large pool of blood in the dining room and a trail of blood to the kitchen, where they found Sarah’s body.

An autopsy determined Sarah had been struck over the head several times as she attempted to defend herself. The attack was powerful enough to break her nose and fracture her teeth. Sarah received 33 stabs wounds, ten of which penetrated vital organs. Sarah also had a bite mark on her neck and she was robbed of a new Rolex watch and a ring.

DNA showed that some of the blood at the crime scene belonged to Chanthakoummane, who claimed that “old cuts” on his hands “from work” was the cause. Chanthakoummane told police he had broken down in front of the model home and entered to get a drink of water, but was unable to turn on the facet.  A dentist matched the bite mark on Sarah’s neck to Chanthakoummane’s bite, although another expert rejected that conclusion.

Kosoul Chanthakoummane’s execution has been rescheduled to August 17, 2022, per the Texas Department of Criminal Justice online execution calendar. No reason for the change of date has been given, however, several Texas executions have been stayed in recent weeks due to concerns over violation of religious rights. Currently, the chosen spiritual advisor of an inmate is allowed in the execution chamber, but they may not touch the inmate during the execution process. Inmates have filed appeals arguing that this violates their religious rights. The Supreme Court of the United States is scheduled to hear arguments in the case later this year. 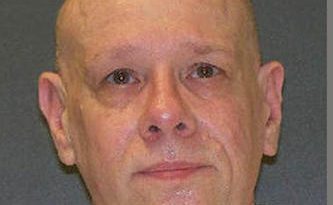