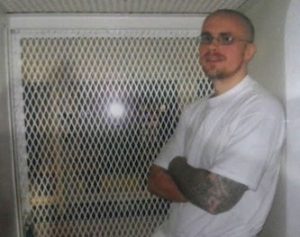 Robert Lynn Pruett was executed by the state of Texas on Thursday, October 12, 2017. Robert was pronounced dead at 6:46 pm local time, inside the Walls Unit execution chamber at the Huntsville State Penitentiary in Huntsville, Texas. He was 38 years of age. He was executed for the murder of 37-year-old correctional officer Daniel Nagle, on December 17, 1999, while Robert was serving a life sentence at the McConnell Unit in Beeville, Texas. Robert spent the last 16 years of his life on Texas’ death row.

Robert grew up poor, often going hungry. He and his family frequently moved while he was a child. Robert was friends with gang members and often used drugs and alcohol while growing up. His mother worked hard and his father was gone during the early years of his life. Eventually, they got back together. As a teenager, Robert and his friends began stealing from other houses. During one of these robberies, when Robert was 15, he and his friends were caught by a neighbor. They fled the house and attempted to hide their stolen goods, including rifles. After being caught, Robert was sent to a juvenile detention center. Robert returned home on very strict parole and was warned against getting into any more trouble.

Upon returning home, Robert was informed by his friends that his neighbor, Ray Yarborough, had taken one of the guns he and his friends had stolen. Robert, who did not like Ray, asked for the weapon back. Ray denied having the weapon. The two argued but did not resolve the problem. Robert informed his brother and father of the argument. They all agreed to do nothing so as to avoid stirring up trouble.

On August 9, 1995, just a few weeks shy of Robert’s 16th birthday, Ray, who lived in a trailer across from Robert, came home drunk. His dog had escaped and, while attempting to catch it, he yelled obscenities and threatened to beat it. Robert, who was unaware of the escaped dog, thought Ray was yelling at him. He woke his father and brother and all three went outside to confront Ray. As the first one outside, Robert attacked Ray. Robert’s brother came outside next and began fighting with Ray. The two of them ended up in some trees, where Robert’s father went after them. Robert claims he stayed with the group who had gathered.

A short while later, Robert’s father and brother emerged from the woods with blood on their clothing. The three fled. They were later arrested and all were charged with Ray’s murder. Robert’s father eventually confessed to stabbing Ray and killing him. He testified that although his boys were with him during the murder, they did not partake. He received a life sentence. Robert’s brother, who was 25 at the time of the murder, received a 40-year sentence. Robert, who was tried as an adult, received a 99-year sentence.

Approximately six years later, Robert Pruett, after missing the regular hot lunch in prison, attempted to take a sack lunch into the recreation area in violation of prison rules. Officer Daniel Nagle informed Pruett that he needed to eat his lunch before entering the recreation area. Officer Nagle also wrote a disciplinary charge against Pruett. Later that afternoon, Nagle was in his office adjoining a multi-purpose room when Pruett entered and stabbed him eight times with a sharpened metal rod. Nagle died of a heart attack as a result of the attack. Found along with Nagle’s body, was the murder weapon and Pruett’s shredded disciplinary report.

According to John Lee Davis of the Texas Department of Criminal Justice Office of Inspector General, following his arrest, Pruett stated, “Go ahead and run that disciplinary case on me now. Oops, I want to call my first witness, Officer Nagle. Oops, he’s dead.” Allegedly, Pruett laughed after his statement. Several inmates testified they saw Pruett commit the murder.

Pruett claims he did not commit the crime for which he has been tried, convicted, and sentenced to death. He and his lawyers allege he was framed and that Officer Nagle was not well-liked by the inmates or the other guards. Pruett and his lawyers argue that Pruett was in the exercise yard when the murder occurred and that the inmates who testified against him originally stated that they had not seen the murder. 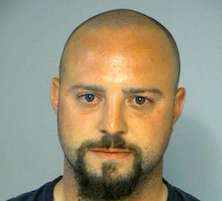