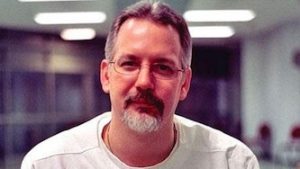 Ohio carried out the execution of Ronald Phillips on Wednesday, July 26, 2017. He was pronounced dead at 10:43 am local time, inside the execution chamber at the Southern Ohio Correctional Facility in Mansfield, Ohio. He was 43 years of age. Ronald was convicted of murdering 3-year-old Sheila Marie Evans on January 18, 1993. Ronald spent the past 23 years on Ohio’s death row.

During his trial, evidence was presented that Phillips had a difficult childhood, as his mother was an alcoholic. She would frequently leave her children, including Ronald, home alone for days at a time, forcing them to beg for food and eat paint chips and garbage. Ronald also spent time in several foster homes in which he was repeatedly raped and abused. He also alleges that his father sexually, physically, and verbally abused him during childhood.

Fae Evans, Sheila’s mother, was dating Ronald Phillips and occasionally living with him, along with her three children, Sheila, 29-month-old Sara, and Ronald Jr., Phillips’ infant son. On January 18, 1993, Fae took Ronald Jr., to a doctor’s appointment and left Sheila and Sara to be watched by Phillips. Fae returned to the apartment around 11:25, and found Phillips sitting in the kitchen. When Fae called for her daughters, they failed to respond. Phillips went into the girls’ bedroom, where he found Sheila lying cold, motionless, and pale. Phillips took Sheila downstairs to his grandmother’s apartment, where they called an emergency operator. Since Sheila was not breathing, the operator told Phillips how to perform CPR until paramedics arrived.

Once paramedics arrived, they immediately transferred Sheila to the Children’s Hospital in Akron, Ohio. Dr. Eugene Izsak, the first doctor to examine Sheila, noticed that she had multiple bruises on her torso, internal injuries, and evidence of a recent rape. After obtaining a steady pulse, surgery was performed on Sheila, which showed the extent of her severe internal injuries. Sheila died from her injuries later that day.

That night, police questioned Phillips. A few days later, Phillips confessed to the police that the morning of Sheila’s murder, she had failed to appear at breakfast after he called her three times. Phillips went into her room, pulled her covers off, and began beating her. Phillips admitted to hitting her, throwing her against the wall, and dragging her by her hair. He also admitted to penetrating her anus with his finger but denied going further. However, Phillips confessed that on two other occasions, Fae allegedly paid him to rape Sheila. Phillips gave a written statement and was arrested shortly thereafter.

Fae was tried and convicted of involuntary manslaughter and child endangering and received a 13-to-30-year sentence. She died of leukemia while in prison on July 8, 2008.

Ronald Phillips had received numerous execution dates, which were all stayed for differing reasons, including lawsuits against the state of Ohio regarding its execution protocol following the prolonged execution of Dennis McGuire in 2014. Ronald was the first inmate execution in Ohio since Dennis’ execution. 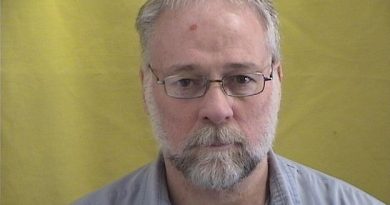 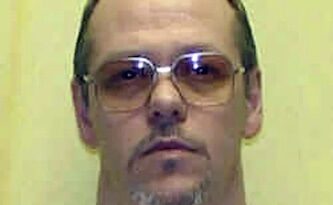