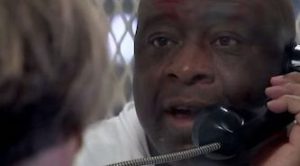 Gregory Lynn Russeau was executed by the state of Texas on June 18, 2015. Gregory was pronounced dead at 6:49 pm, inside the Walls Unit execution chamber at the Huntsville State Penitentiary in Huntsville, Texas. He was 45 years of age and executed for the murder and robbery of 75-year-old James Syvertson, on May 30, 2001, in Tyler, Texas. Gregory spent the last 12 years of his life on Texas’ death row.

According to Gregory’s fourth-grade teacher, he was a slow learner and had a learning disability. Gregory dropped out of high school in the 11th grade and worked various jobs, including working as a barber, a laborer, and in a kitchen. He shared a special bond with his daughter, who was born with a birth defect. Gregory smoked crack cocaine the day of the murder.

On May 30, 2001, James Syvertson reported to work as normal at an automobile repair garage in Tyler, Texas. James spoke to a customer around 11:30 am. Approximately one hour later, another customer, Bob Bruner stopped to drop off his car. James was not seen, although both of his vehicles were seen parked outside. Bob attempted to contact James around 1:30 pm, but no one answered the phone.

Later that afternoon, James’ wife went to the garage, looking for him. She also saw James’ two cars, a gray Chevrolet Corsica and a gray Audi, parked outside, but she did not see James. She left after no one answered her knock at the door.

Bob returned around 5:30 pm to pick up his vehicle, as he had not heard from James. A short time later, Mrs. Syvertson also stopped by the garage. She became worried when she was unable to find him. She contacted her daughter, Jeanette Jones, and together, they returned to the garage around 7:00 pm. James’ gray Corsica was missing. They entered the garage and found James’ body next to a car he was working on at the time of the murder. James’ wallet was missing, as were his keys. James’ pants pockets had been turned inside out and his family identified several items that were missing from the garage or out of place.

It was estimated that James had been killed between 11 am and 2 pm that day. He had been killed by blunt force trauma to the head. Investigators discovered fingerprints and a palm print on the vehicle where James was working when he was killed. The fingerprints were eventually matched to Gregory Russeau. DNA evidence also linked Russeau to the crime scene.

Russeau was placed near the scene of the crime by several witnesses. A friend also testified that when giving Russeau a ride to Russeau’s mother’s house, Russeau pointed out a gray Corsica and said that it belonged to his wife, but it had broken down. Russeau encouraged his friends to avoid driving by James’ garage when they saw emergency vehicles out front.

Russeau was later seen driving a gray Corsica. He was stopped by a Longview police officer who discovered the title and registration papers of the car, indicating that the car belonged to James, in Russeau’s pocket. 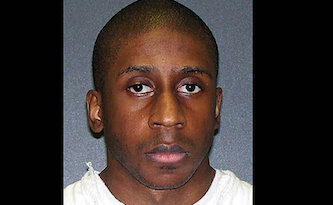 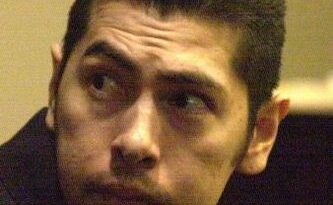