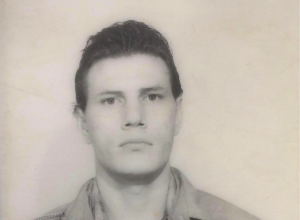 Doyle Lee Hamm died on Alabama’s death row on Sunday, November 28, 2021.  Doyle was 64 years of age and convicted of murdering Patrick Cunningham on January 24, 1987, in Cullman, Alabama. He has spent the last 34 years of his life on death row in Alabama.

As a child, Doyle had to repeat the first grade and then dropped out of school in the ninth grade. He began drinking at an early age and also sniffed glue and took drugs. According to his sister, Doyle’s father encouraged the children to steal leading to Doyle being arrested throughout the years on charges of burglary, assault, and grand larceny. He was also involved in a shooting in Mississippi.

On January 24, 1987, Kathy Flannagan approached Patrick Cunningham, who worked as a desk clerk at Anderson’s Motel in Cullman, Alabama, to check into her room. During that time, she observed a male enter the motel and ask about a room for three. He was informed that he needed a reservation. He left. As Kathy was leaving, she observed the same man re-enter the motel, with a second male. Patrick noted that it looked like there was going to be trouble and hurriedly pointed Kathy to her room.

Kathy exited the hotel and re-entered her vehicle. When she again looked into the motel lobby, she saw the second man pointing a gun at Patrick. The first man appeared to be standing watch by the doorway. Additionally, a car was left with its engine running just outside the door. Kathy thought a third person could be in the vehicle. She pretended as if she had not seen anything and left the motel, driving to a phone to call the police.

When police arrived at the hotel, they discovered Patrick on the floor behind the reception desk. He had been shot once in the temple from a short distance and his wallet contained no money.  Additionally, the cash drawer was missing its money. Upon investigation, police discovered that the two men described by Kathy matched the description of two men wanted in a robbery-murder in Mississippi. It was later determined that the same type of gun was used in both cases.

After discovering the car used in the robbery, police traced it to a trailer and arrested Doyle Hamm, Jimmy Wardlow, and Paula Cook. Inside the trailer, clothing matching the description given by Kathy was found, along with the same caliber pistol and ammunition.

Hamm denied his participation in the motel murder and Kathy was unable to identify him in a line-up. The next day, Hamm retracted his statement from the previous day and confessed to the crime, including murdering Patrick. It was later determined that Jimmy and Paula did not participate in the murder, however, the coconspirators were caught by the police and both agreed to testify against Hamm. Hamm was convicted and sentenced to death on January 24, 1987. 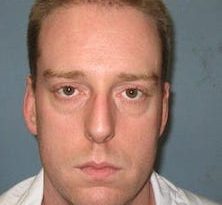 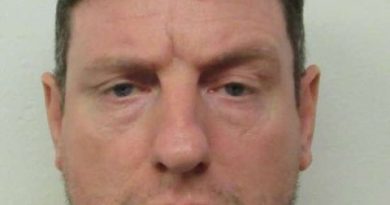 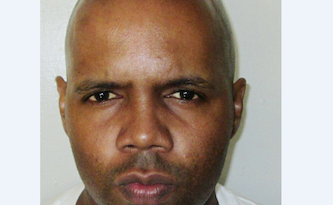