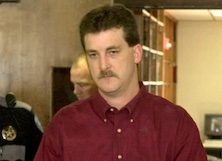 Steven Ray Thacker was executed by the state of Oklahoma on March 12, 2013. He was pronounced dead at 6:10 pm CDT, inside the execution chamber at the Oklahoma State Penitentiary in McAlester, Oklahoma. Steven was 42 years of age. He was executed for the murder of 25-year-old Laci Dawn Hill, whom he attempted to rob before kidnapping, raping, and murdering her on December 23, 1999, in Bixby, Oklahoma. After murdering Laci, Steven fled to Aldrich, Missouri, where he robbed and murdered 24-year-old restaurant supervisor Forrest Reed Boyd on January 1, 2000. Steven then drove to Dyersburg, Tennessee, where he murdered tow-truck driver Ray Patterson on January 2, 2000.

Growing up, Steven was physically abused by his mother. His father was not around very often, which caused him to be resentful and angry. Steven was often unsupervised during his childhood. He dropped out of school in the 9th grade, later earning his GED in prison. Steven began to drink alcohol and smoke marijuana at the age of 14. He soon began using crack, powder cocaine, and LSD. He also committed several robberies as a teen and spent time in prison as an adult for robberies.

Please pray for peace and healing for the families of Laci Hill, Forrest Boyd, and Ray Patterson. Please pray for the family of Steven Thacker. In his final statement, Steven apologized to those he hurt and expressed his faith in salvation through Jesus Christ. 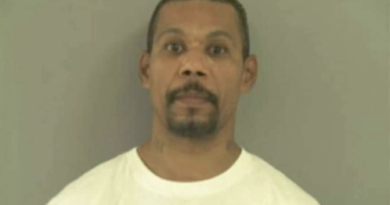