Messiah – Anointed One or Chosen One

“Know and understand this: From the time the word goes out to restore and rebuild Jerusalem until the Anointed One, the ruler, comes, there will be seven ‘sevens,’ and sixty-two ‘sevens.’ It will be rebuilt with streets and a trench, but in times of trouble.” (Daniel 9:25, NIV)

Know therefore and understand, that from the going forth of the commandment to restore and to build Jerusalem unto the Messiah the Prince shall be seven weeks, and threescore and two weeks: the street shall be built again, and the wall, even in troublous times. (Daniel 9:25, KJV)

Daniel recorded both history and prophecy, giving several key prophecies regarding the first and second coming of Jesus Christ. But the prophecy is not what we are studying! Let’s look at the name given to the person who shall come to restore and rebuild Jerusalem. 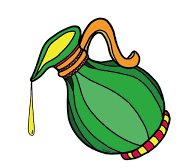 Depending upon the translation of scripture being used, today’s Name of Jesus is translated to Messiah or Anointed One. It is not an error of translation, but rather a translation choice to help the reader understand the text. The word “Messiah” comes from the Hebrew/Aramaic word Mashiach, meaning “anointed one” or “chosen one.” Later, in the New Testament, the Apostle John, in his Gospel, translates Mashiach to its Greek counterpart, Christos, which also means, “anointed one.” Today, that word has become Christ. Christ is not Jesus’ last name! When we say Jesus Christ, we are referring to Jesus the Anointed One, Jesus the Chosen one, Jesus the Messiah.

Anointing a person has deep meaning to the Jewish people. In Jewish history, people were anointed, often by oil, to show that they had been chosen by the Lord for a specific person. High priests, beginning with Aaron were anointed. Saul and David were anointed as kings. Prophets were anointed. Jesus is all three – High Priest, King, and Prophet.

Jesus certainly had cause to be anointed! He came to the earth for a specific purpose. God had a special plan for Him. Jesus was anointed because He provided salvation to all mankind by taking our sins upon Himself and facing God’s wrath. Jesus was anointed to redeem us from sin through His death and resurrection.

But Jesus’ work was not finished when He ascended into heaven 40 days after rising from the grave. Yes, He provided all mankind with spiritual salvation, but one day soon, He will come to provide physical salvation from a sinful world. Jesus will then establish a new kingdom, a perfect kingdom, where all can rejoice.

So what does this mean for us? Jesus is the Messiah, Anointed One. He was anointed by God, and His mission is not yet over. Jesus came to save, and He will come again. Are you ready? Are you prepared?