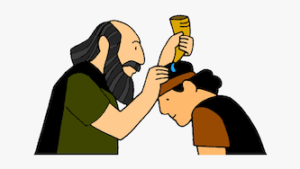 Commentary: David quickly ends a revolt by the northern tribes, barely managing to unite the southern and northern tribes. Chapter 21 could have occurred before the events of the previous chapter, as it describes Saul’s attempt to wipe out the Gibeonites, with whom Joshua agreed not to harm. For going against their word, Israel was punished by a famine until amends were made. David’s battle with the Philistines likely occurred during the early years of his reign.

Chapter 22 is identical to Psalm 18. It was written while David was being chased by Saul and ends with David being made king. Chapter 23 is a reflection by David on how the Lord has provided for David. In an act of vanity, and against advice, David conducts a census. It showed a lack of faith in the Lord, by putting his trust in numbers. Israel suffered for his vanity. To repent of his actions, David purchased the site where the Temple would stand.

Focus Verses: 2 Samuel 23:1-7 – Pause and reflect as David did. What would this chapter of your story say? Are you pleased with your answer? What can you do to change it?