The Texas Court of Criminal Appeals has ruled that Juan Segundo is intellectually disabled and cannot be executed. His sentence has also been reduced to life in prison and he will be eligible for parole in 2026. 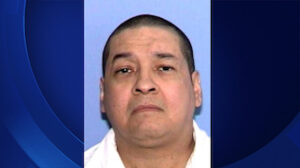 Juan Ramon Meza Segundo was scheduled to be executed at 6 pm CDT, on Wednesday, October 10, 2018, at the Walls Unit of the Huntsville State Penitentiary in Huntsville, Texas. His execution is stayed. Fifty-five-year-old Juan is convicted of raping and murdering 11-year-old Vanessa Villa on August 3, 1986, in Fort Worth, Texas. Juan has spent the last 11 years on Texas’ death row.

Juan was born in Los Angeles, California. He had a difficult childhood, often not having enough food. His father was physically abusive, eventually causing the family to move to El Paso, Texas. Juan also spent some time in an orphanage, before being returned to his mother, who remarried. His step-father was also physically abusive. He dropped out of school after the 7th grade. Before his arrest, he worked as a landscaper and general laborer. In 1988, Juan was given a 10-year prison sentence for burglary of a habitation. He was released on parole after serving just one year. While on parole, Juan was convicted of driving while intoxicated, adding five more years to his sentence.

Vanessa Villa lived in Fort Worth, Texas with her mother, Rosa Clark; her brother Enrique; her aunt, Alicia Avila; and her aunt’s three children. On Saturday, August 2, 1986, Vanessa returned home in the evening after working at a flea market. Tired, she went to bed immediately, fully clothed. Later that night, her mother and aunt left to run some errands. When they returned, Rosa went to check on Vanessa.

Rosa quickly yelled for Alicia. Vanessa was unconscious on the bed. She was bare from the waist down and her top had been pushed up. Her legs were slightly apart, with fluid on her legs. The window fan in the room had been pushed inside and the window screen was loosely hanging. They called the police and Vanessa was rushed to the hospital, where she was pronounced dead a short time later. The cause of death was strangulation.

Police were able to collect DNA evidence and it was used to rule out several possible suspects. Vanessa’s rape and murder eventually became a “cold case.”

In 2000, a blood sample was taken from Juan Segundo. His DNA profile was entered into a statewide database that compares samples to unsolved crime scene samples. In 2005, a match was made from Segundo to the evidence from Vanessa’s rape and murder. A verification test was performed the next month. A second sample was obtained from Segundo and again compared. The DNA not only matched, but a specific micro-allele in Segundo’s DNA made the odds astronomical that the DNA belonged to anyone else.

During his trial, Segundo’s brother, Val Meza, testified that Segundo had turned his life around since being released from prison in 2000. Since that time, Segundo got a job, got married, and began regularly attending church. He also worked for a no-profit church entity. He was found guilty of rape and murder and sentenced to death in February 2007.

Segundo had initially been a suspect, as he knew the family, even attending Vanessa’s wake and signing the guest book.

Segundo has also been linked to several other crimes and attacks. He was twice convicted of misdemeanor burglary for breaking into two women’s homes, through the window, and attacking them.

DNA evidence has also linked him to the murder of three other women: 23-year-old Melissa Badillo, Francis Williams, and 32-year-old Maria Reyna Narvarro. He has not been tried for the murder of any of these women.