Lion of the Tribe of Judah

The Apostle John was quite old when he wrote the book of Revelation. He was the only disciple to die of old age, and had long since said goodbye, or perhaps see you again, to the remaining apostles; his friends. As far as we know, this book was his final message. As the only book of prophecy in the New Testament, it looks to the second coming of the Messiah, Jesus Christ. It is Jesus’ final coming. 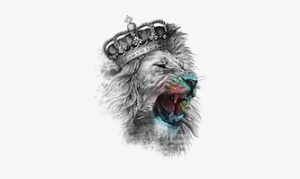 But before Jesus returns to establish His kingdom, several events will happen, including the opening of the seven scrolls. But who is worthy to open the seven scrolls? The Lion of the Tribe of Judah, Jesus Christ.

When Judah received his blessing from his father, Jacob said:

“You are a lion’s cub, Judah;
you return from the prey, my son.
Like a lion he crouches and lies down,
like a lioness—who dares to rouse him?
10 The scepter will not depart from Judah,
nor the ruler’s staff from between his feet,
until he to whom it belongs shall come
and the obedience of the nations shall be his.
(Genesis 49:9-10, NIV)

Judah is a lion’s cub, and that Lion is Jesus Christ! Throughout history, lions frequently symbolized power, fierceness, and majesty. They are, after all, the kings of the jungle! Jesus Christ is the ultimate King! Even throughout the Bible, God is frequently referred to as a Lion – Great, Powerful, Fierce, and Majestic.

So what does this mean for us? Jesus came to earth the first time not as a lion, but as an innocent lamb. He was an innocent, but willing sacrifice, so that all people could be saved. When He comes again, He will come as a roaring Lion, ready to devour all in His path who stands against Him! He will come as a Lion, ready to protect those who have sought Him in their hearts. Jesus is coming as a Lion. Where will you be standing?