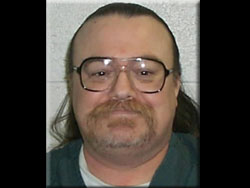 Idaho has given Gerald Ross Pizzuto, Jr. a new execution date of Thursday, December 15, 2022.  Executions are carried out at the Idaho Maximum Security Prison in Kuna, Idaho.  Sixty-six-year-old Gerald is convicted of beating to death 58-year-old Berta Herndon and her nephew, 37-year-old Del Dean Herndon, at a mountain cabin near McCall, Idaho.   For the last 36 years, Gerald has been on death row in Idaho.

Gerald had a sad childhood, as he was frequently beaten, allegedly leaving him brain damaged. Gerald also allegedly had a violent personality, according to his ex-wife. During their marriage, he was physically and verbally abusive, including pushing her down the stairs while she was pregnant and killing their pets. Gerald was also addicted to drugs and had health issues relating to his prolonged and excessive drug use.

On July 25, 1985, Gerald Pizzuto was camping with friends at a campsite in Ruby Meadows, near McCall, Idaho. Pizzuto approached Berta Herndon, and her nephew Del Dean Herdon with a rifle and forced them into their cabin, where Pizzuto tied them up. Pizzuto robbed them and left, returning later to beat them both over the head with a hammer. He eventually shot Del because Del did not die quickly from the hammer blows. Pizzuto later joked and bragged about the murders to those with whom he was camping. The group helped Pizzuto bury the bodies and took some of the stolen money.

Nearly one year later, in May 1986, Pizzuto was convicted and sentenced to death for the double murder and robbery. Those who helped bury the bodies were given prison terms.

Pizzuto is currently in poor health and battling bladder cancer in a hospice.  He also has Type 2 diabetes and a variety of heart and lung diseases.  This is his third execution date.  Before his last execution date in 2021, the Idaho Commission of Pardons and Parole recommended Pizzuto be granted clemency.  Idaho governor Brad Little rejected the recommendation, resulting in a legal dispute over if the governor had the power to go against the recommendation of the parole board.  Eventually, the Idaho Supreme Court ruled that the governor has final say over clemency decisions and does not have to follow the recommendation of the board.

With the scheduling of a new execution date, Idaho officials also announced that they do not have execution drugs available, however, they will attempt to obtain them in time for the execution.

Idaho County District Court Judge Jay Gaskill has refused to halt Pizzuto’s execution.  Lawyers for Pizzuto asked that the execution be stayed pending completion of legal challenges regarding if the governor has the authority to go against the recommendation of the parole board.

Please pray for peace for the families of Berta and Del Dean Herdon. Pray for strength for the family of Gerald Pizzuto. Please pray that if Gerald is innocent, lacks the competency to be executed, or should not be executed for any other reason, that evidence will be presented prior to his execution. Pray that Gerald may come to find peace through a personal relationship with Jesus Christ, if he has not already. 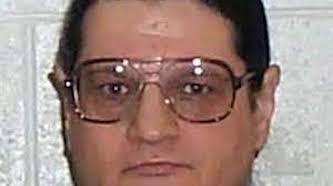 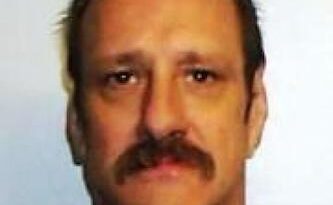