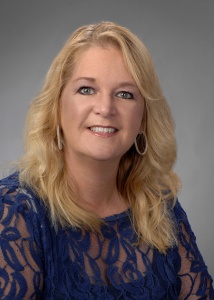 She was 15 years old when she became a sex slave. She was a track runner and a good student; an all-American girl. She had three younger siblings. She lived with her parents in an upper-middle class neighborhood. She continued living with them while she was trafficked for two years. Her parents didn’t know. Her siblings didn’t know. Her teachers, counselors, and friends didn’t know. She was too terrified to tell anyone. She is Theresa Flores, a human trafficking survivor.

Theresa accepted a ride home from school from a male classmate she had a crush on at the age of 15. Instead of taking her home, he took her to a house, raped her, and took pictures of the act. He then used the pictures to blackmail her, threatening to tell her family, if she did not do as he said. He also threatened to kill her family Theresa was terrified. It took years for her to recover and heal from her two-year ordeal, a process that is ongoing even today, over 20 years later.

January was made Human Trafficking Prevention Month by President Barrack Obama in December of 2013, with the goal to increase awareness and dismantle trafficking networks. Throughout this month, take some time to learn more about Human Trafficking and pray for the safety and release of all victims.