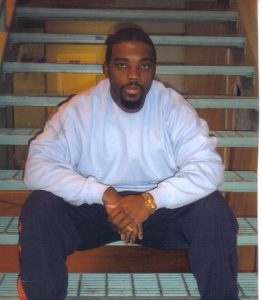 Ohio planned to executed Kareem M. Jackson on Thursday, September 15, 2022, at the Southern Ohio Correctional Facility in Mansfield, Ohio. Kareem’s execution has been rescheduled to December 10, 2025. Forty-eight-year-old Kareem is convicted of the murder of Antonio Hunter and Terrance Walker in Columbus, Ohio on March 25, 1997. Kareem has spent the last 24 years on death row in Ohio.

According to his pastor, Kareem was active in church growing up, until the age of 16. Kareem’s father left his family before Kareem started kindergarten. Kareem was an average student who dropped out of school in the 12th grade to work. He went on to receive his GED (general equivalency diploma). Kareem has three children and worked hard to provide for them.

On the evening of March 24, 1997, Kareem Jackson and a man called “Little Bee” came up with a plan to rob an apartment. Two other men, Michael Patterson and Derrick Boone, were also part of the plan, while Malaika Williamson was to be the driver.

Just after midnight on March 25, 1997, Williamson drove the four men to the apartment they planned to rob. Inside the apartment were its occupants, Antonio Hunter and Terrance Walker, along with their friends, Nikki Long and Becky Lewis.

Little Bee knocked on the door, accompanied by Jackson, and Antonio answered, allowing them to enter the apartment. Terrance, who had been in a back room, came out and greeted Jackson by name saying, “I haven’t seen you in a long time.” Jackson and Little Bee proceeded to purchase some marijuana.

Antonio and Terrance were forced to lie face down on the living room floor. One of the men told Jackson that they didn’t have “money or weed” and they promised not to call the police. Jackson told Boone, “They know my name. I have to kill them.” Despite begging for their lives, Jackson killed both men by placing a pillow behind their heads and shooting them.

Jackson and Boone then returned to the car and all five returned to Williamson’s apartment, where they divided what was collected from the robbery: $40 cash, $60 worth of marijuana, and a cellular phone.

Meanwhile, Becky and Nikki remained in the kitchen until they thought it was safe to leave. Upon discovering the bodies of Antonio and Terrance, they fled through a bedroom window and went to another apartment, and called the police.

With the help of the women, police were able to make a composite sketch of Boone and released it to the media. A short time later, Boone turned himself into the Franklin County Sheriff’s Department. Boone cooperated with the police, giving the names of his accomplices. Using that information, police compiled a photo line-up and Becky was able to pick out Jackson as the man who struck and threatened her during the robbery.

Jackson was arrested on March 28, 1997, and charged with the murders of Antonio and Terrance, in addition to the robbery charges. Jackson was convicted and sentenced to death.

Please pray for peace and healing for the families of Antonio Hunter and Terrance Walker. Please also pray for Nikki Long and Becky Lewis. Pray for strength for the family of Kareem Jackson. Please pray that if Kareem is innocent, lacks the competency to be executed, or should not be executed for any other reason that evidence will be revealed before his execution. Please pray that Kareem may come to find peace through a personal relationship with Jesus Christ. 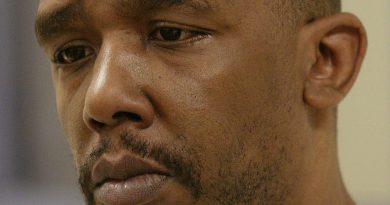 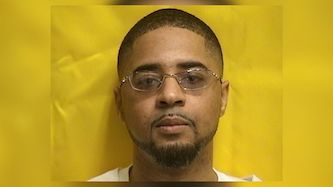