10 When Jesus entered Jerusalem, the whole city was stirred and asked, “Who is this?” 11 The crowds answered, “This is Jesus, the prophet from Nazareth in Galilee.” (Matthew 21:10-11, NIV)

As the Israelites spent 40 years wandering the desert for their lack of faith in the Lord, Moses passed along many messages from God. Included among the messages from the Lord God was the promise of a prophet being raised up from among them. (Deuteronomy 18:18) This prophet would speak the Word of God and any who do not listen will be held to account.

Today, when we think of prophets, we equate them with predicting the future. After all, prophets warned of coming destruction for turning away from God. Prophets also foretold of the coming savior, Jesus Christ. But our idea of prophets is severely lacking. Prophets are, first and foremost, spokesmen for God.

Moses was a prophet, for he passed along the word of God as it was revealed to him. Prophets often served as advisors to kings in Israel because they advised the king based on what God revealed to them. Kings, however, did not always seek or listen to the advise given to them by the prophets.

Most often, prophets are associated with prophecy, the foretelling or prediction of future events through divine relation. But even in this function, the prophets are still speaking the word of God. Jesus spoke extensively about future events. Most often, Jesus spoke of His coming death and resurrection, but He also spoke of His second coming. Jesus also spoke of more personal matters in His near future: a disciple who would betray Him, a disciple 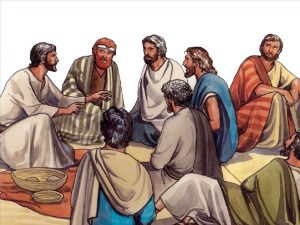 who would deny Him, the coming of the Holy Spirit, and even when, how, and where to acquire a donkey for His triumphant entrance into Jerusalem on Palm Sunday.

The third role most commonly associated with prophets is performing healings and/or miracles. Throughout the Old Testament, there are examples of miracles being performed by prophets. Moses parting the Red Sea, Elijah summoning fire from heaven, Elisha causing an ax head to float, Elijah and the widow never running out of bread.

Jesus performed many miracles and healings throughout His time on earth. He turned water into wine, He drove out demons, He healed people with all types of illnesses and afflictions, and He raised Lazarus from the dead! Jesus upheld and fulfilled every aspect of what it means to be a prophet.

So what does this mean for us? Prophets were an important part of the history of Israel. A significant portion of the Old Testament is dedicated to their books. They served an important function, and today, Jesus continues to serve in that aspect. He is the ultimate Prophet. His words are true and should be carefully listened to and studied. And as Moses warned, those who do not listen to what He has to say will be held accountable. By listening and following the words of the Prophet, we can ensure that we stay on the path of righteousness that will lead to eternal life in heaven with Jesus Christ.