Every month, The Forgiveness Foundation Christian Ministries, Inc., publishes a horrific, real life tragedy involving murder. Often, we publish more than one. In most of these horrific tragedies, there is a common event that occurs prior to the murder: the consumption of a mind altering, behavior changing, rational thinking suppressor, more commonly known as alcohol. 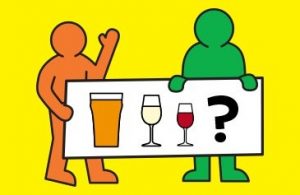 Since alcohol is known to affect a person’s ability to think rationally and act responsibly, many defendants will argue that they should be granted leniency because they were unable to think and act rationally at the time of the crime. This attitude is often developed at an early age due to the glorification of drinking and its related actions, without consequences, in movies and television shows.

Alcohol Awareness Month has been around since 1987, and it has significantly reduced the number of fatalities from drunk driving and underage drinking. It has also increased conversations between parents and kids about alcohol! Yet, we want these numbers to fall even farther! In order to do that, we need to teach Responsibility!

Barring rare exceptions, each individual chooses to drink alcohol, knowing that it will inhibit decision making skills and could possibly lead to events that could change their life forever. That is the choice you make! Therefore, whatever happens next, is your responsibility. Is it really fair to argue that you are not fault for a crime, or cannot be held fully responsible, because you had chosen to inhibit your ability to make decisions? Is it fair to put yourself on the same level as those who have a documented mental illness, over which they have not control, that inhibits their ability to make decisions, when you are the one who chose to put yourself in that position? Is that really what we want to teach the next generation? That they do not have to be responsible for their actions? Is it!?