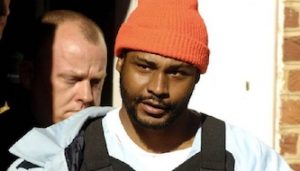 Ricky Javon Gray was executed by the state of Virginia on Wednesday, January 18, 2017. Ricky was pronounced dead at 9:42 pm local time, inside the execution chamber at the Greenville Correctional Center in Jarratt, Virginia. He was 39 years of age. He was executed for murdering 49-year-old Brian Harvey, Brian’s 39-year-old wife Kathryn, and their children, 9-year-old Stella and 4-year-old Ruby, on January 1, 2006, in Richmond, Virginia. Ricky spent the last nine years of his life on Virginia’s death row.

Ricky was abused and neglected by his parents during his childhood. He was repeatedly sexually abused by an older brother from a young age and began using drugs at a young age. Ricky had previously served over 10 years in prison for armed robbery and was released in October of 2005.

On January 1, 2006, Ricky Gray and his nephew Ray Dandridge and Ray’s girlfriend Ashley Baskerville, broke into the home of Brian and Kathryn Harvey.   They planned to rob them. When they discovered that Brian, Kathryn, and Ruby were home, they family was taken to the basement and tied up. Stella was also taken to the basement and bound when she returned home from a friend’s house.

The family was discovered with their throats slit. All also had blunt force trauma to their heads. Their home had been set on fire following the robbery. Stella was still alive when the fire was started and smoke inhalation contributed to her death.

Gray, Dandridge, and Baskerville were also suspected of a robbery in Chesterfield County, Virginia on January 3, 2006. On January 6, 2006, police received a tip regarding the involvement of Baskerville in the murder of the Harvey family. When police arrived at the Baskerville home in Chesterfield, Virginia, they discovered the bodies 21-year-old Ashely, her 46-year-old mother Mary Baskerville-Tucker, and her 55-year-old stepfather, Percyell Tucker.  They had all been gagged, bound with tape, and killed by suffocation. The house had also been ransacked.

Gray and Dandridge were arrested on January 7, 2006, in Philadelphia, Pennsylvania. Dandridge quickly confessed to murdering his girlfriend and her parents. Gray eventually gave a detailed confession regarding the murder of the Harvey family. He also confessed to participating in the murder of Ashley and her parents. According to his confession, all three had been in on the robbery of Ashley’s parents, with Ashley also acting like a victim. However, Gray said that, “things went wrong” and that he got tired of her, so he “decided to kill her and take her parents’ car.” Gray also confessed to the 2005 murder of his wife Treva Gray in Washington, Pennsylvania. 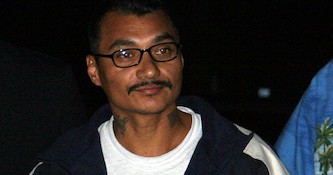 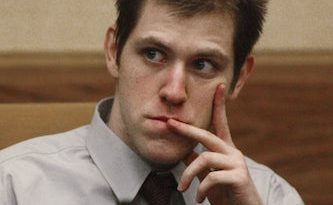 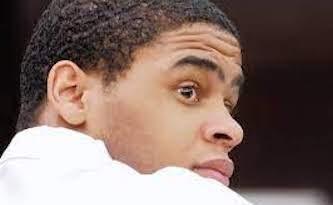