Most of us, I suspect, have heard that life is the compilations of choices that result in our individual life story. Collectively the series of choices made by a collage of people define society locally, regionally, and internationally. As each of us develop individually we make some good choices and some bad choices. Consequences are the result of bad choices. Rewards are the result of good choices. 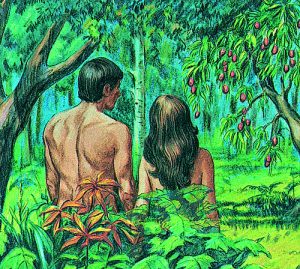 The more we try to understand God and the complexities of His creation the more we realize how little we truly understand. One certainty is that God will never lead you astray. Your best interest, even when you don’t understand it, is in God’s will for you. Does anyone understand the depth of damage of sin? Don’t give sin a shallow glance! It’s more than emotional or physical pain and sorrow. Every sin is of equal measure to God. Don’t be deceived as Eve was. Don’t be disobedient as Adam was. The book of Ephesians gives us a glance at the enemy Adam and Eve encountered. Take a look. Could they have understood?

“For we do not wrestle against flesh and blood, but against principalities, against powers, against the rulers of the darkness of this age, against spiritual hosts of wickedness in the heavenly places.” (Ephesians 6:12, NKJV)

Forgiveness is a choice. God gave Adam and Eve the absolute right to choose to do anything they wanted when they dwelled in Eden with one exception: They were not allowed to eat of the tree of the knowledge of good and evil. Adam and Eve chose to do the only thing they were forbidden to do.  Adam and Eve were told they would surely die if they ate the fruit of the tree of the knowledge of good and evil. From the moment Adam and Eve ate the fruit all humankind suffered death. Man would no longer live forever. God also had a choice regarding Adam and Eve and all mankind. God chose to forgive their sin against Him and all humanity provided.

Our world is filled with good intentioned people and some who may not be so good intentioned who translate God’s word to the please the desires of their audience.This is exactly what the Serpent (Satan) talking with Eve in Eden did. God does not 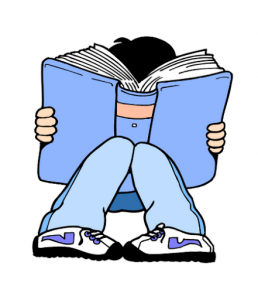 suggest to us that forgiveness is a good thing to do. As Christians it is required. God tells us that our sins will not be forgiven if we do not forgive others. We are all sinners.  God’s Word:

Jesus couldn’t be clearer: Forgiveness is not an option. In the parable of the Unforgiving Servant (Matthew 18:21-35) Jesus proclaims:

Should you not also have had compassion on your fellow servant, just as I had pity on you?’ 34 And his master was angry, and delivered him to the torturers until he should pay all that was due to him.
35 “So My heavenly Father also will do to you if each of you, from his heart, does not forgive his brother his trespasses.” (Matthew 18:33-35 NKJV)

The Bible clearly states that there are consequences for refusing to forgive. Failing to forgive is sin. The wages of sin is death  (Romans 6:23). God wants you to be forgiving just as He wants your sins to be forgiven by Him. Philip Yancey wrote a book entitled the “The Jesus I Never Knew,” the title says a lot.  We at The Forgiveness Foundation Christian Ministries, Inc. encourage you to study your Bible cover to cover and get to know the Jesus you never knew. Don’t choose to do a Genesis 3:1-7. Take a walk with God not the Serpent (Satan). Walk with God forgiving others as God has forgiven you.