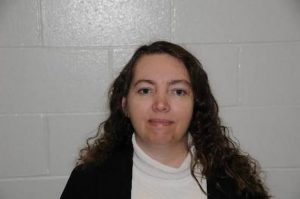 Lisa Marie Montgomery was executed by the federal government on Wednesday, January 13, 2021. Lisa was 52 years of age. She was pronounced dead at 1:31 am local time, inside the execution chamber at the Terra Haute Federal Correctional Institute in Terra Haute, Indiana. The execution had been delayed by several hours due to appeals. Lisa was convicted of the murder of Bobbie Jo Stinnett, and stealing Bobbie Jo’s unborn child, on December 16, 2004, in Skidmore, Missouri. Lisa spent the last 13 years of her life on death row.

Lisa did not have a good relationship with her mother while growing up. Lisa was also physical and sexually abused by her stepfather, until they divorced. When Lisa turned 18, she married her stepbrother and had four children in four years. In 1990, Lisa had a medical procedure to prevent her from becoming pregnant again. Lisa later claimed that she was forced to undergo the procedure. However, in the years that followed, Lisa made four different claims to begin pregnant. Lisa divorced her stepbrother in 1998, and married her second husband Kevin, in 2000.

Throughout the fall of 2004, Lisa was involved in a custody dispute with her ex-husband. He threatened to use against her in the custody hearing her claims to be pregnant, despite being unable to become pregnant. On December 10, 2004, Lisa’s ex-husband filed a motion of change of custody for the two minor children who lived with Lisa.

Bobbie Jo Stinnett was a breeder for rat terriers and maintained a website that promoted her dog breeding business. On the website Bobbie Jo posted pictures of herself, her dogs, and her business. In the spring of 2004, Bobbie Jo announced on her website that she had become pregnant. In April 2004, Lisa Montgomery and Bobbie Jo met at a dog show. They had previously communicated through online message boards.

Also in the spring of 2004, Montgomery began telling her friends, family, and online community that she was pregnant. Montgomery had kept her medical procedure rendering her unable to become pregnant from her husband, Kevin. Kevin believed that Montgomery was pregnant with their child, as she began wearing maternity clothes and behaving as if she were pregnant.

Montgomery, using the name Darlin Fischer, messaged Bobbie Jo on December 15, 2004, and arranged a meeting for the next day. Montgomery, who resided in Melvern, Kansas, had told Bobbie Jo, that she was from Fairfax, Missouri, near where Bobbie Jo lived in Skidmore. The pretext for the meeting was interest in purchasing a new puppy from a recent litter. That evening, Bobbie Jo told her mother and husband about her plans to meet with a woman the next day.

On December 16, 2004, Montgomery arrived at Bobbie Jo’s home around 12:30 pm. Montgomery had a cord and sharp kitchen knife in her jacket pocket. Bobbie Jo brought out the puppies and, around 2:30, confirmed with her mother via phone that she would pick up her mother from work an hour later.

When Bobbie Jo failed to pick up her mother, her mother went to Bobbie Jo’s home and found her daughter. She immediately called the police, saying it looked like her stomach had exploded.

Montgomery stopped after driving a short distance and cleaned up the baby. She took a car seat she had hidden in her vehicle and placed the baby in the seat. Montgomery drove to Topeka, Kansas and called her husband, saying she had gone into labor and given birth at a woman’s clinic in Topeka. Her husband met her in Topeka and they returned home together.

The next day, Montgomery announced the birth of her daughter. The family went out to breakfast and shortly after returning home, law enforcement knocked on the door. Police questioned Montgomery at her house, before continuing questioning at the police station, where Montgomery eventually confessed to Bobbie Jo’s murder. While being questioned, Montgomery gave several inconsistent stories regarding how she gave birth, where she gave birth, before eventually claiming amnesia before and during Bobbie Jo’s murder.

The female child Montgomery kidnapped, survived and was returned to her father.

Lawyers for Montgomery attempted to argue that she was insane, and therefore could not be held responsible for her actions. A doctor diagnosed Montgomery with pseudocyesis, which is an intense desire to become pregnant, which can result in symptoms resembling pregnancy. A doctor for the state provided evidence showing that Montgomery did not actually believe she was pregnant and was not insane, such as stating on an insurance application in September 2004, that she was not pregnant, and refusing to allow her husband to attend any of her doctor appointments, and cancelling one he had made specifically so that he could attend. 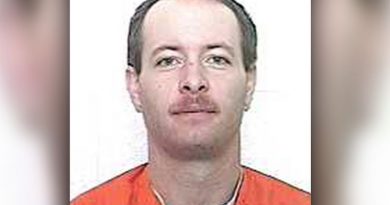 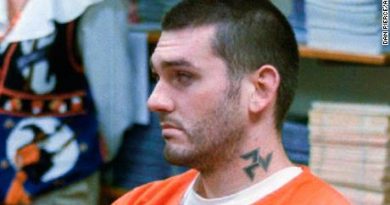