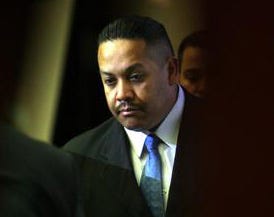 Fabian Hernandez had an execution date of Wednesday, November 3, 2021, in Huntsville, Texas.  Fabian is no longer is listed as having an execution date on the Texas Department of Criminal Justice’s online execution calendar. Forty-six-year-old Fabian is convicted of murdering 28-year-old Renee Urbina Hernandez and 24-year-old Arthur Lee Fonseca. The murders occurred on November 3, 2006, in front of Renee’s parent’s home in El Paso, Texas. Fabian has spent the last ten years on death row in Texas.

Fabian did not complete high school, dropping out after the 9th grade.  Before his arrest, Fabian worked in construction.  Fabian had previously been convicted of voluntary manslaughter in New Mexico in a gang-related shooting.  He was a known gang member and, before his trial, attempted to have witnesses killed.

The marriage of Fabian Hernandez and Renee Urbina, both heavy drinkers, resulted in two children.  Their marriage was tumultuous, as the couple split up and reunited several times during their marriage.  By April 2006, it appeared the couple had split up for good, as Renee and the children moved in with Renee’s mother.  At the time, Renee worked at a McDonald’s, where she met Arturo Fonseca.

On the night of November 2, 2006, Fabian met up with an old friend at a local bar. The friend noted that Fabian appeared distressed and was not acting normally. Fabian told his friend that he had “messed up” with Renee and that he missed his children. Fabian also appeared to be drunk.

The friend agreed to give Fabian a ride.  Fabian wanted dropped off at a location that was about a four-minute walk from where Renee was staying.

Around 2:30 am, on November 3, 2006, Renee’s sister heard arguing outside, followed by three gunshots. She then saw a white, two-door car drive away slowly. Renee’s sister went outside to investigate and discovered a male body lying between two vehicles. She went back inside to call the police. Renee’s mother found Renee’s body nearby.

A neighbor who also heard the gunshots, also saw a two-door white Honda driving away.  The neighbor called the police. Arturo was later identified as the male body lying between the vehicles. Both he and Renee died from close-range gunshot wounds to their heads.

Police later found the white, two-door Honda hidden behind the home of one of Fabian’s friends. During a search of Fabian’s father’s house, police located the weapon used in the shooting.

A jury sentenced Fabian Hernandez to death in November 2009.

The Texas Department of Criminal Justice has removed Fabian from their online execution calendar.

Pray for peace for the families of Renee and Arturo. Pray for strength for the family of Fabian. Please pray that if Fabian should not be executed for any reason, evidence will be provided before his execution. Pray that Fabian comes to find peace through a personal relationship with Jesus Christ. 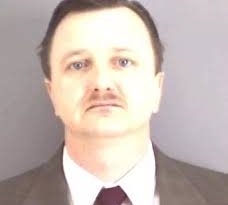 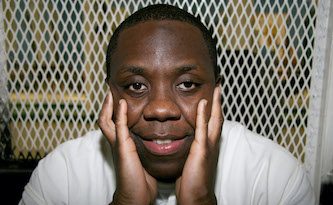