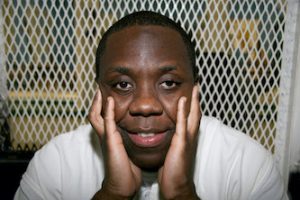 Raphael Deon Holiday was executed by the state of Texas on Wednesday, November 18, 2015. He was pronounced dead at 8:30 pm, inside the Walls Unit execution chamber at the Huntsville State Penitentiary in Huntsville, Texas. Raphael was 36 years of age. He was convicted of murdering his one-year-old daughter Justice, and his two stepdaughters, five-year-old Jasmine and seven-year-old Tierra, on September 6, 2000, in Madison County, Texas. Raphael spent the last 13 years of his life on Texas’ death row.

Raphael dropped out of school following the ninth grade. Before his arrest, he worked as a cook and a forklift operator. According to a psychiatrist, Raphael suffered from depression and had poor internal mechanisms for coping with stress and frustration.

Raphael Holiday lived with Tami Lynn Wilkerson in a secluded, wooded area, approximately ten miles from the main highway. It was also two miles from the home of Tami’s mother. Holiday and Tami had a one-year-old daughter, Justice. Also living with them were Tami’s two daughters, five-year-old Jasmine and seven-year-old Tierra.

In March of 2000, Tami learned that Holiday had sexually assaulted Tierra and filed charges against him. She also obtained a protective order against him. Tami and her family, including Justice, continued to live in the log home, while Holiday moved out. Despite the protective order, Tami and Holiday met several times between April and the end of August. The meetings allowed him to see his daughter and deal with threats he previously made.

In August, Holiday arrived at the restaurant when Tami worked. When Holiday attempted to pick the lock and gain entrance, Tami locked herself in the office and called the police. Police arrived and removed Holiday from the premises. Approximately one week later, Holiday called Tami and said he needed help jump-starting his vehicle. When Tami arrived, Holiday took her keys, told her that he had two guns, and forced her to have sex with him. He then forced her into the car and threatened to crash the car, killing both of them. Tami eventually convinced Holiday to release her. After that incident, she no longer accepted calls from Holiday.

Around 11 pm on September 5, 2000, one of the girls heard glass breaking outside their home. Tami looked out the window and saw a figure walking towards the house. She called her mother, Beverly Mitchell, for help. Beverly arrived a short time later, along with Terry Keller, Tami’s uncle. Terry was armed with a shotgun and began walking around the house and yard. Beverly took Jasmine and Tierra to her car and returned for Justice. At that time, she also picked up the phone to call the police.

Holiday entered the home, grabbed the phone, throwing it against the wall. Tami entered the room, saw Holiday, and ran outside for help. Holiday told Beverly that he was going to make Tami pay for taking away his daughter. Terry entered the house, prompting Holiday to hold Beverly in a headlock unless Terry released his gun. Holiday grabbed the weapon and began ranting about killing all of them. He poured gasoline on and around the car where Tierra and Jasmine were but was unable to light a fire.

Holiday forced Beverly to take him to her house to obtain more gasoline. He ordered everyone to stay in the house while he was gone. When he returned, Terry was gone. Holiday ordered Beverly to pour gasoline in the home. He then started a fire. Beverly was blocked from returning to the children and she ran outside. Holiday fled the home, ramming a police car as he did so.

Tami had managed to call the police from a neighbor’s home. When she arrived back at her home, it was engulfed in flames, killing all three children who were trapped inside.

Holiday was charged and convicted on three separate counts of murder. Holiday attempted to argue that he did not intend to kill the children but that the fire started accidentally. 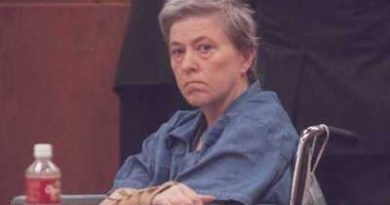 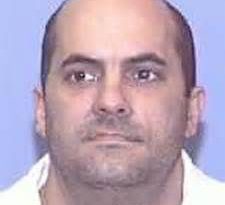