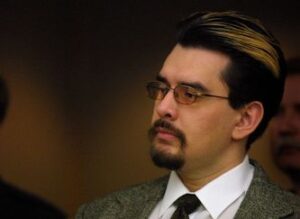 The state of Texas executed George Rivas on February 29, 2012. George was pronounced dead at 6:22 local time inside the Walls Unit execution chamber at the Huntsville State Penitentiary in Huntsville, Texas. George was 41 years of age. He was executed for the murder of 29-year-old Irving police officer Aubrey Hawkins on December 24, 2000, in Irving, Texas. George was a member of the “Texas Seven,” a group of seven Texas inmates who escaped from the maximum-security Connally Prison Unit. The other six inmates to escape with George were Joseph Garcia, Randy Halprin, Larry Harper, Patrick Murphy, Jr., Donald Newbury, and Michael Rodriguez.

After escaping from prison, the men decided to rob a sporting goods store. Officer Hawkins died while responding to a robbery report. Six of the men were recaptured, with Larry Harper choosing to commit suicide rather than return to prison. Joseph Garcia, Donald Newbury, and Michael Rodriguez have been executed. Randy Halprin and Patrick Murphy are awaiting execution.

George spent the last 11 years of his life on Texas’ death row. At the time of the escape, George, the purported leader of the group, was serving 17 life sentences. He had previously been convicted on various aggravated kidnapping, burglary, and aggravated robbery charges. George had graduated from high school and worked as a clerk, cook, and laborer before his arrest. 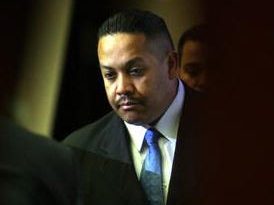 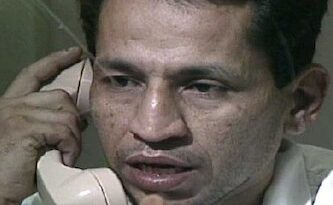